© Licensed to London News Pictures. 12/08/2015. London, UK. Led by activist group Class War, protesters, including local residents, women's groups from across London and historians demonstrate outside the Jack the Ripper museum in Cable Street, Shadwell to protest against the opening of a Jack the Ripper Museum. Six police officers and two private security staff are present outside the museum this evening. The museum sign has been removed and new black shutters installed. The original planning application for the museum stated that it would celebrate the historic, current and future contribution of women of the East End of London. Photo credit : Vickie Flores/LNP 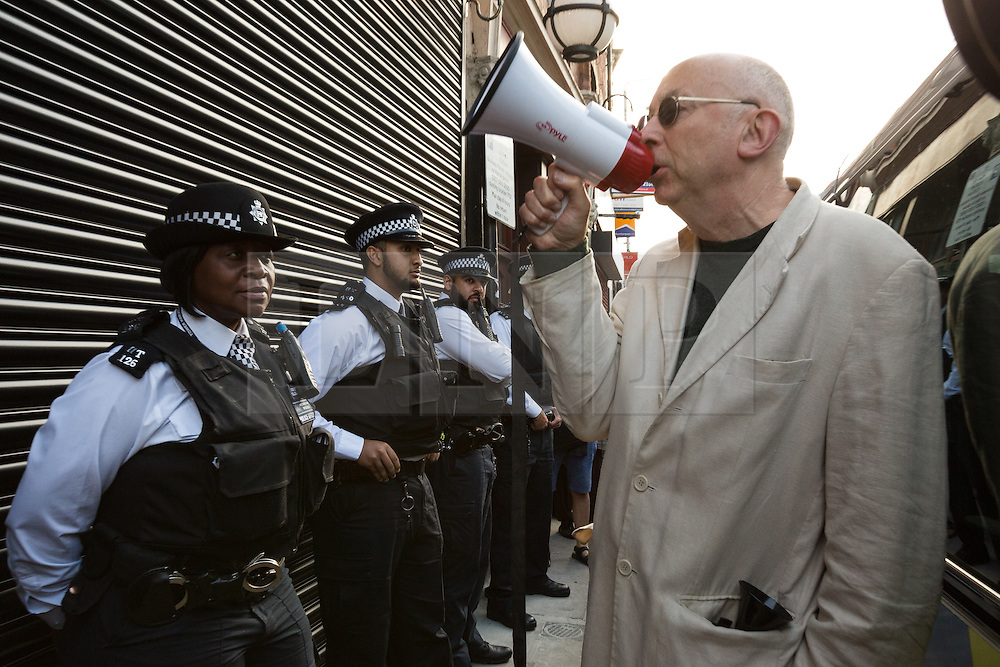