© Licensed to London News Pictures. 12/11/2017. LONDON, UK. Police officers at the row of shops and take aways within the police cordon and crime scene at High Road in Ilford. At 02:48 this morning, police were called to the scene, where a man had been beaten by a group of men with what is thought to have been baseball bats. The man was taken to an east London hospital by London Ambulance Service where he died at 04:35. Photo credit: Vickie Flores/LNP 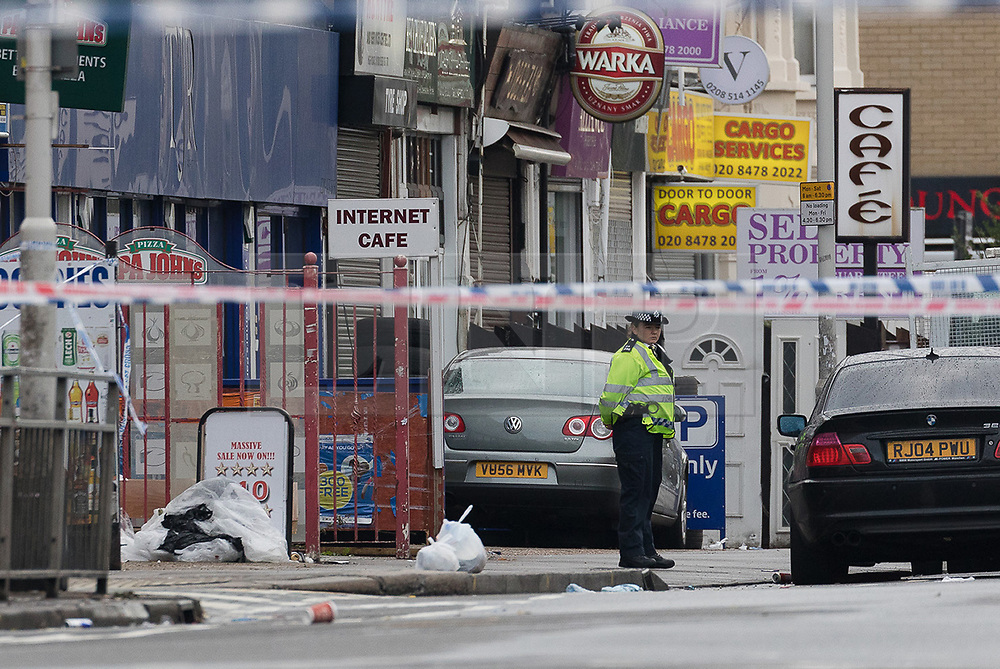