© Licensed to London News Pictures. 26/07/2019. Chessington, UK. A police forensics officer works on Moor Lane in Chessington, south west London where a man died after being hit by a car late last night. Police were called to a car in collision with a man on Moor Lane in Chessington at 00:13hrs on Friday, 26 July. The driver did not stop and the man was dragged under the car for some distance. Emergency services arrived an the man, believed to be aged 25 years, was pronounced dead on Moor Lane. Police believe they know the man’s identity and his next of kin have been informed. Formal identification and a post-mortem examination will be arranged in due course.There has been no arrest. Enquiries are underway to establish the full circumstances. Photo credit: Peter Macdiarmid/LNP 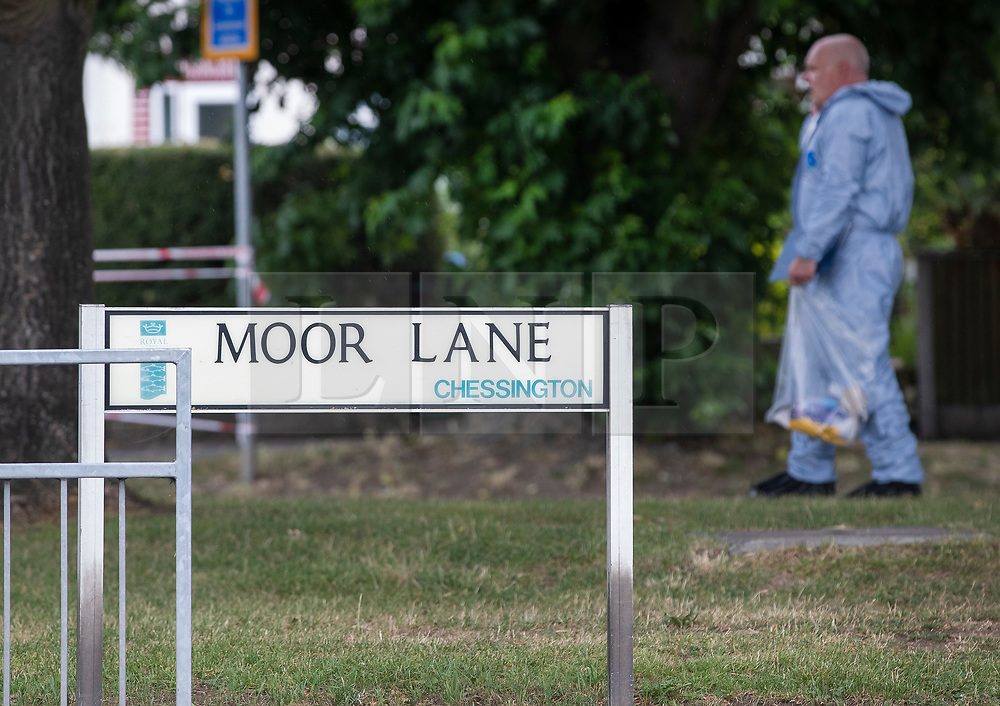