© Licensed to London News Pictures . 08/01/2020 . Bolton , UK . GV of 19 Forester Hill Avenue , understood to be the location attended by the ambulance . Police at a taped off scene on Deal Street . Police are investigating the death of a man after an ambulance attended an address on Forester Hill Avenue in Bolton and an altercation took place on nearby Deal Street . As part of their investigation GMP report having arrested four men and a woman on suspicion of manslaughter . Photo credit : Joel Goodman/LNP 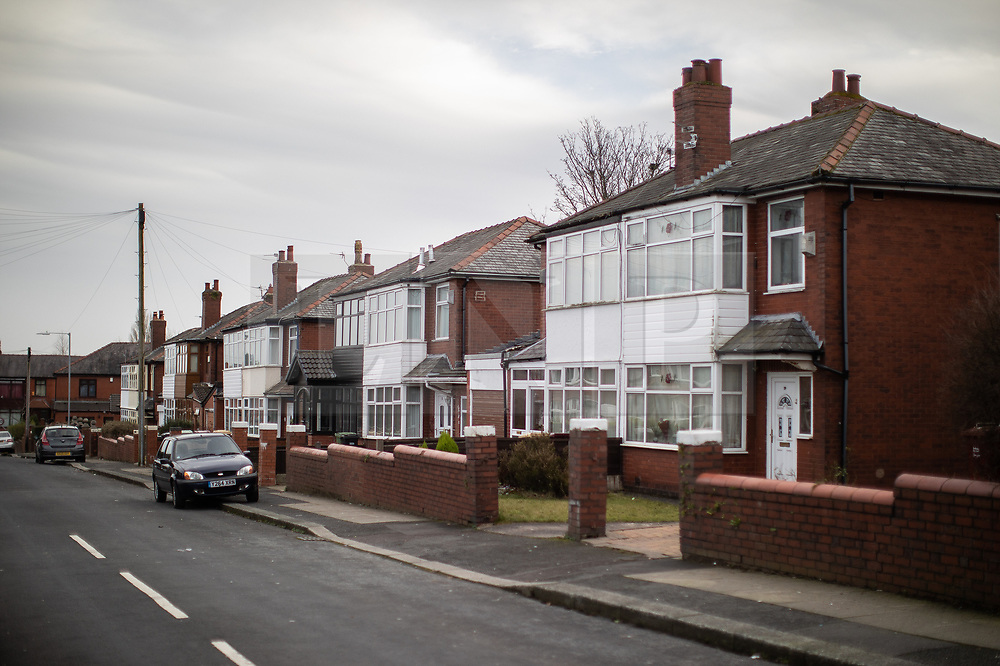