© Licenced to London News Pictures. 21/01/2017. London. UK.
Women (and men) march through London in protest to the inauguration of newly elected U.S President Donald Trump and his perceived threat to women and human rights, January 21st 2017. The rally is among events in the UK and elsewhere planned in solidarity with a march in US capital Washington DC that is expected to draw 200,000 people marching as part of an international day of action in solidarity.
Photo Credit: Susannah Ireland 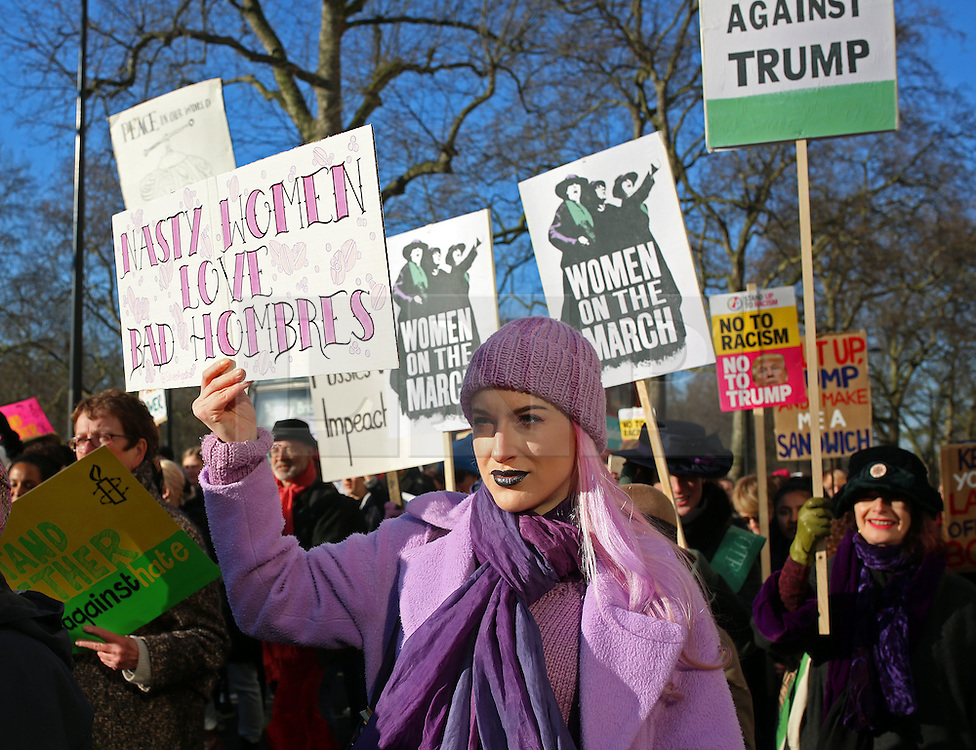