© Licensed to London News Pictures. 22/02/2018. Reading, UK. Family friend and spokesman Matthew John (R) arrives at Reading Crown Court with Ancy Joseph, wife of victim Cyriac Joseph, for the trial of drivers involved in a crash that killed eight people on the M1 in August 2017. Ryszard Masierak charged with causing eight deaths by dangerous driving and being over the drink-driving limit after six men and two women were killed in a collision on the M1 at Newport Pagnell when the minibus they were travelling in was almost flattened in a crash. Masierak and another driver David Wagstaff face 12 charges in total - eight counts each of causing death by dangerous driving and four counts each of causing serious injury by dangerous driving. Photo credit: Peter Macdiarmid/LNP 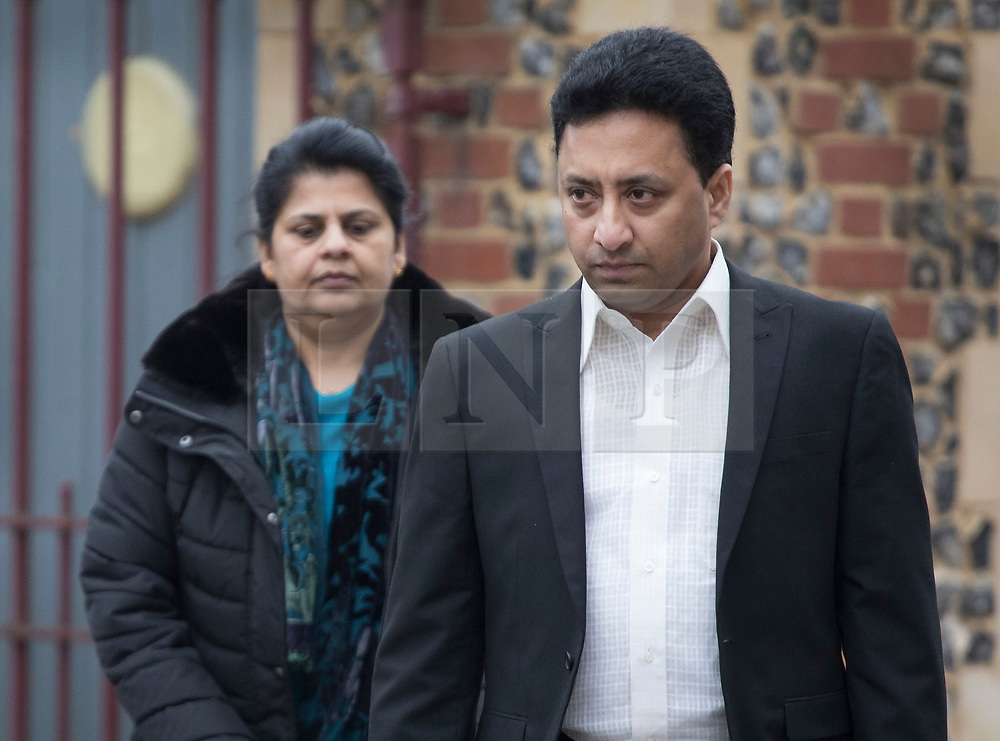