20/10/2016. Bashiqa, Iraq. A peshmerga fighter pauses behind an earthen berm during a large offensive to retake ISIS held areas around Bashiqa near Mosul today (20/10/2016). 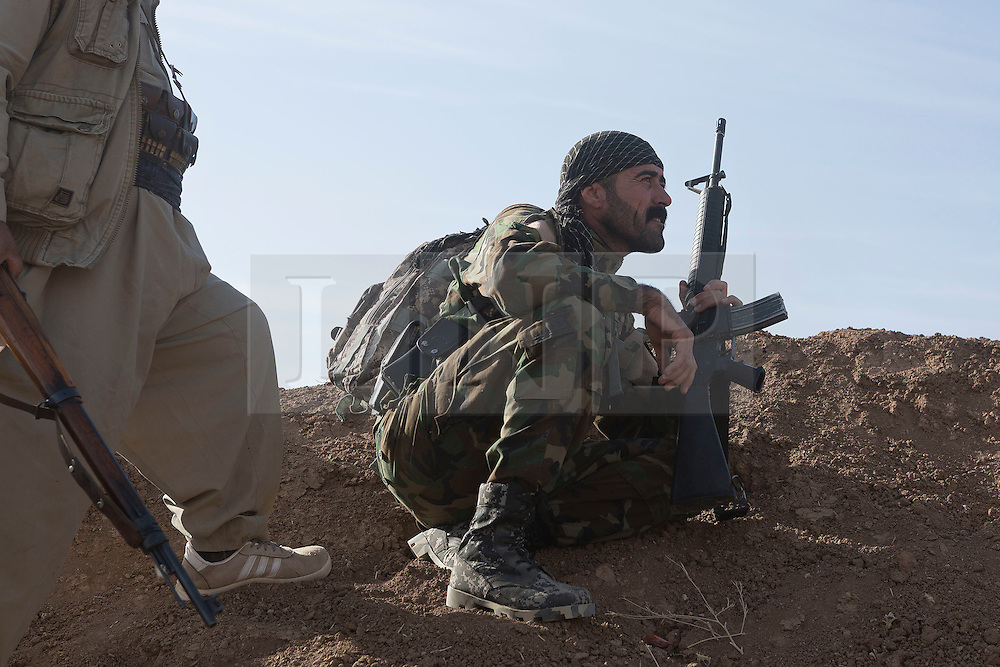