© Licensed to London News Pictures. 22/11/2012. Shropshire, UK. Sapper Clive Smith, who lost his legs on operations in Afghanistan in 2010, puts on his prosthetic legs in a room at the newly opened Battle Back Centre (Lilleshall) in Shropshire today (22/11/12). The centre, set up by services charity the Royal British Legion in partnership with the Ministry of Defence to provide, can handle up to 600 wounded, injured or sick military personnel a year as part of their rehabilitation. Photo credit: Matt Cetti-Roberts/LNP 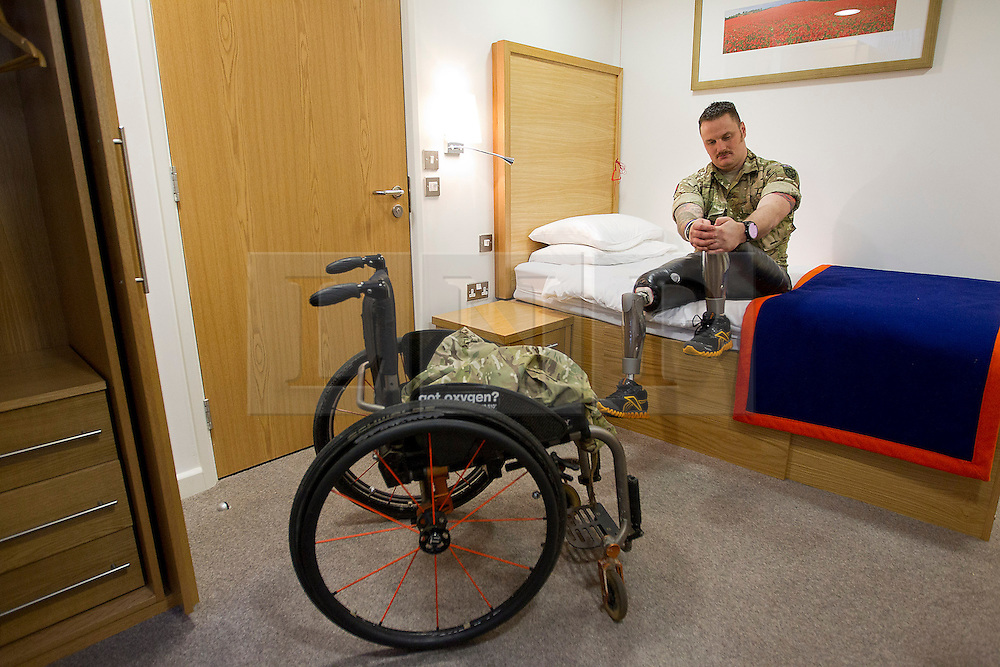