© Licensed to London News Pictures. 04/10/2017. Manchester, UK. A producer carrying letters removed got the stage that were spelling out the conservative slogan "BUILDING A COUNTRY THAT WORKS FOR EVERYONE". The letter began falling off during the speech. British prime minister THERESA MAY delivers her leaders speech on the final day of the Conservative Party Conference. The four day event is expected to focus heavily on Brexit, with the British prime minister hoping to dampen rumours of a leadership challenge. Photo credit: Ben Cawthra/LNP 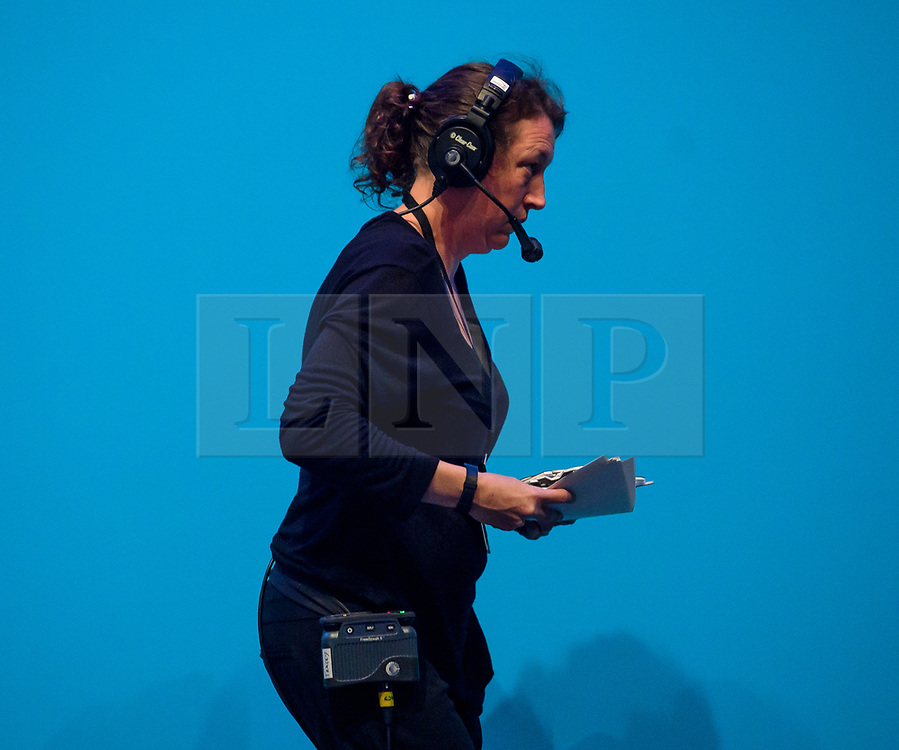