© Licensed to London News Pictures. 06/05/2015. London, UK. Tobias Jesso Jr performing live at The Courtyard. Jesso performed on the british television programme ‘Later… with Jools Holland’ this week on May 5th, performing his song ‘Without You’ from his debut album ‘Goon’. Tobias Jesso Jr. is a Canadian singer-songwriter, his debut album ‘Goon’ was released on March 17 and has received 4/5 star reviews from Q/Mojo/The Guardian/Telegraph/Pitchfork/Drowned in Sound amongst others. The album was produced with Patrick Carney (from the Black Keys) along with collaboration from Danielle Haim (Haim drummer). Adele is known to have tweeted a link to Jesso’s song ‘How Could You Babe’, reportedly her only tweet this year so far. Photo credit : Richard Isaac/LNP 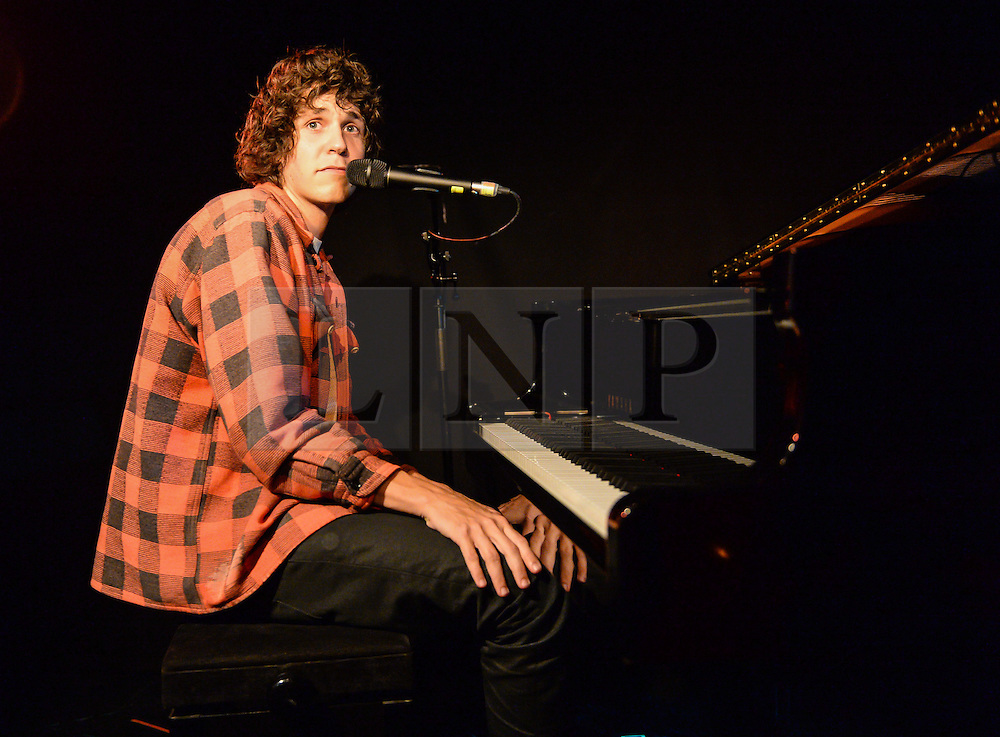