© Licensed to London News Pictures. 29/01/2016. London, UK. Heterosexual couple CHARLES KEIDAN (C) and REBECCA STEINFELD (R) stand next to British human rights campaigner PETER TATCHELL as they leave the Royal Courts of Justice in London, where they have lost their High Court battle to have a civil partnership.. The couple, who are both academics and live in London, argued that the Government's position on civil partnerships is "incompatible with equality law". Photo credit: Ben Cawthra/LNP 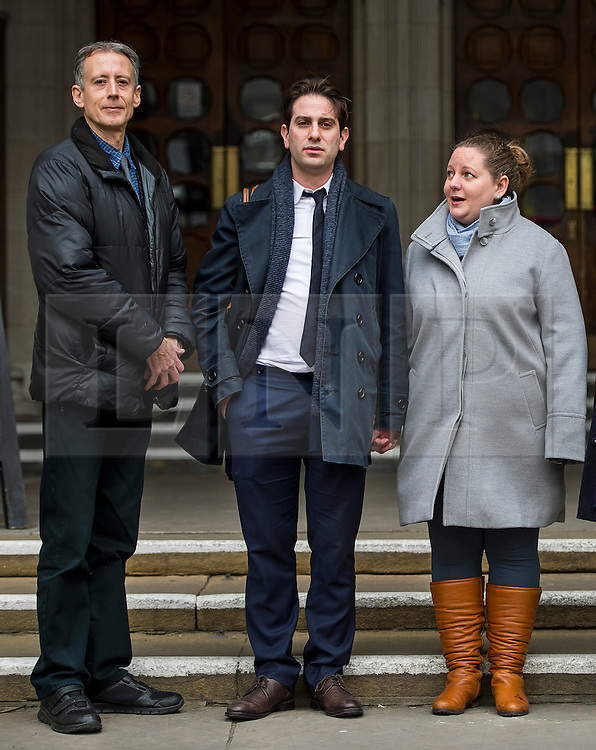