© Licensed to London News Pictures. 09/09/2019. London, UK. A forensic tent is shown inside a police cordon on Prince of Wales Road following a shooting in Kentish Town.
Metropolitan Police were called by the London Ambulance Service shortly before midnight on Sunday 08/09/2019 to reports of a shooting on Malden Road in Kentish Town. Police and London’s Air Ambulance attended. A man was found suffering a gunshot injury and was pronounced dead at the scene at 00:10BST on Monday 09/09/2019. Photo credit: Peter Manning/LNP 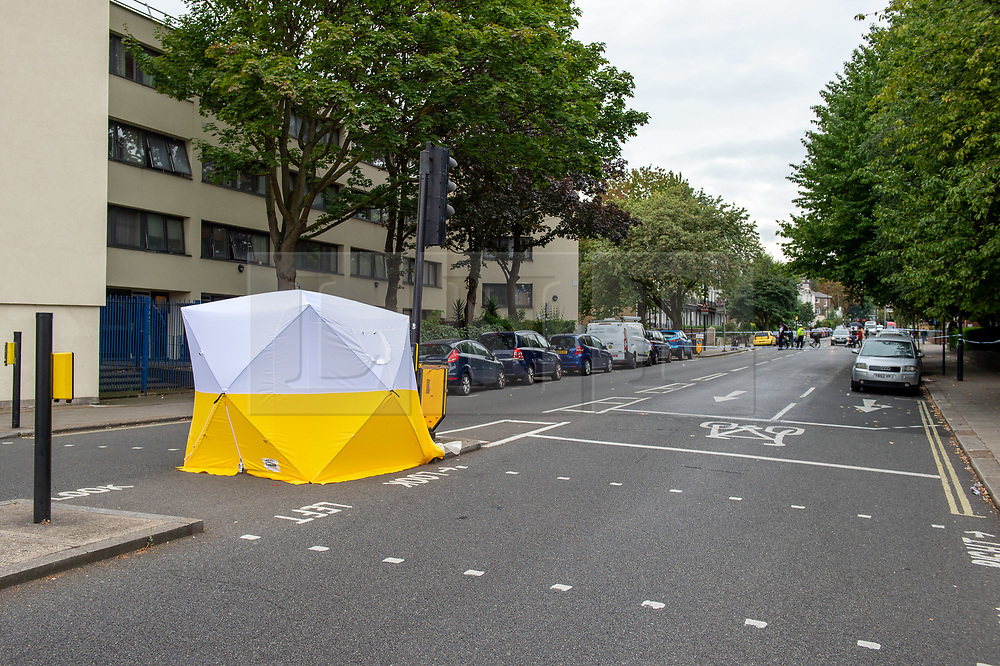