© Licensed to London News Pictures. 17/12/2011. Buckinghamshire, UK. Martin Davis (pictured 2nd right), lead singer of band Dirty Mavis performs The Oak Tree Lament (Did you stop the HS2), at the Stop HS2 Christmas party in Lacey Green. The protest song against the planned high speed railway between London and Birmingham that would devastate the Chilterns mocks the £17 billion cost as "a pound for every leaf". Martin, a footwear designer and salesmen, wrote the song in under an hour while commuting to work. The single is due to be released tomorrow (Mon 19th) in time for Christmas and bookmakers have quoted odds as low as 16-1 on it being Christmas #1. Half of the proceeds will go towards the Stop HS2 campaign. Photo credit: Cliff Hide/LNP 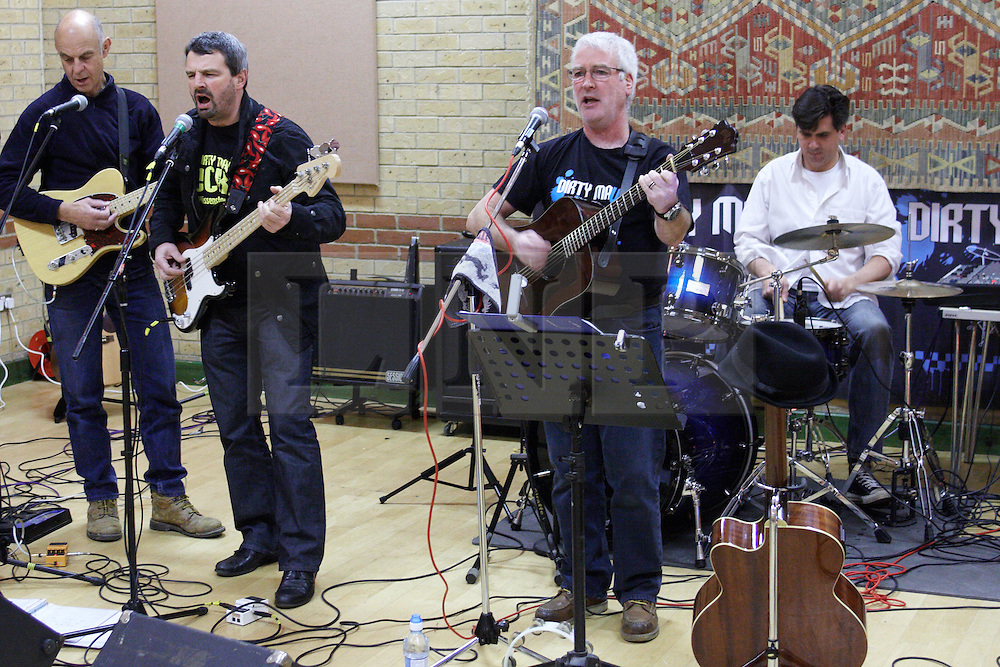