A piper plays as part of a colliery band during the Durham Miners Gala. 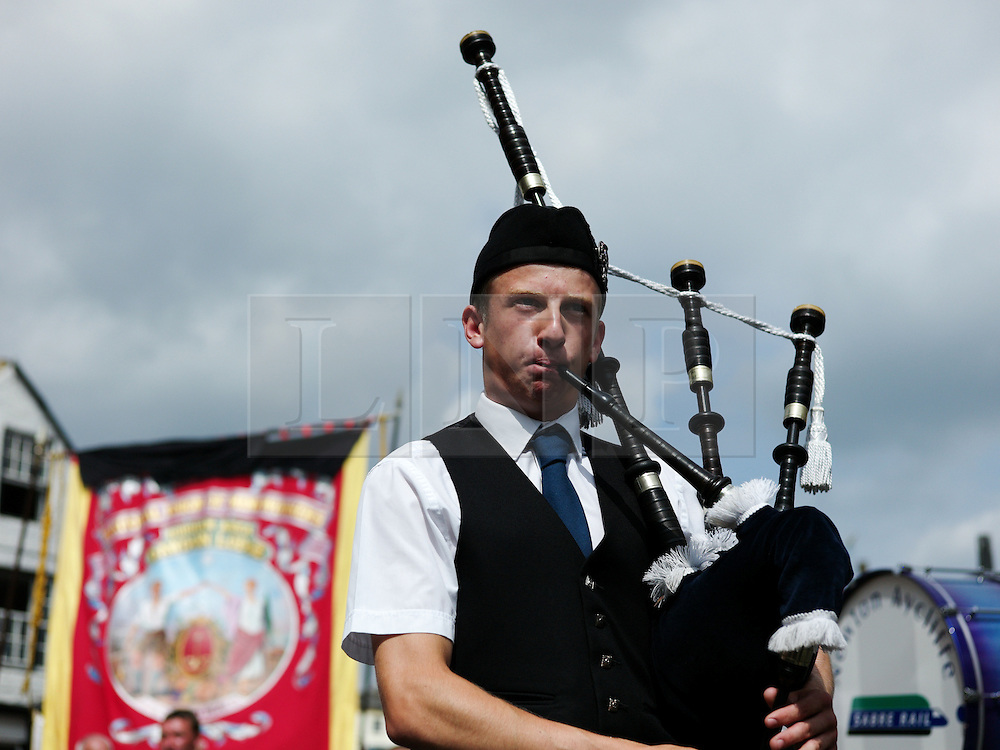