© Licensed to London News Pictures. 18/02/2013. London, UK. An actor in a costume representing an 'Australovenator', a species of dinosaur discovered in Australia in 2009, is led away after meeting children on London's Southbank today (18/02/2013) as part of the 'Dinosaur Petting Zoo'. The 'Dinosaur Petting Zoo', an interactive puppetry show by company Erth, runs from the 18th to the 20th of February as part of London's Southbank Centre's 'Imagine Children's Festival'. Photo credit: Matt Cetti-Roberts/LNP 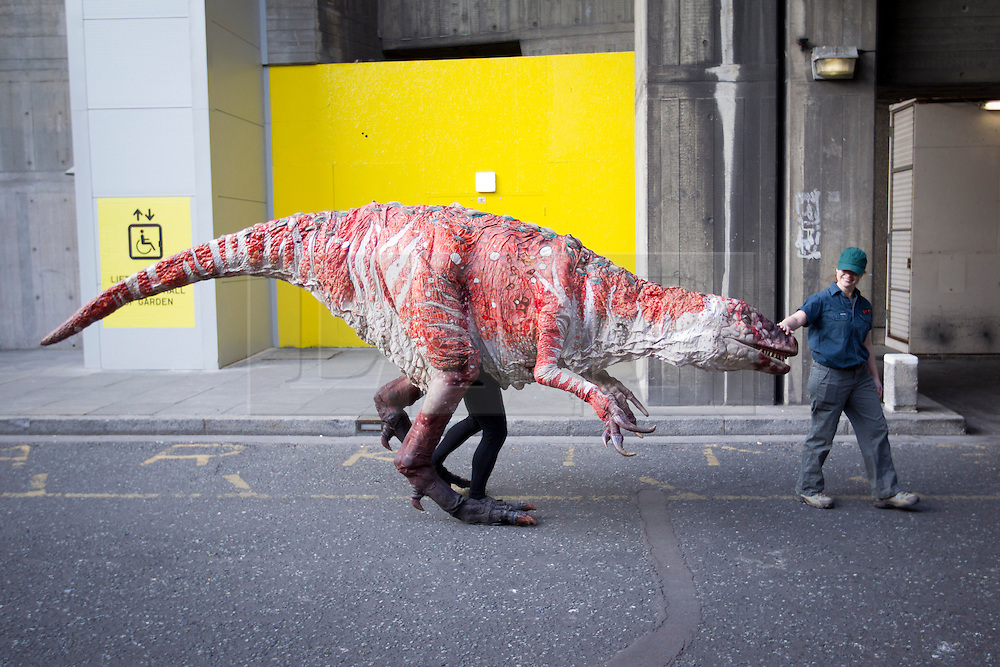