© Licensed to London News Pictures. 19/04/2019. London, UK. An environmental activist gives a thumbs up as he is detained by the police in Oxford Circus on the fifth day of the climate change protest by the Extinction Rebellion movement group. A large number of police presence around the pink boat as they un-bonding the activist who glued themselves and the police prepare to remove from the site. According to the Met Police, over 700 activists have been detained over the past five days. Photo credit: Dinendra Haria/LNP 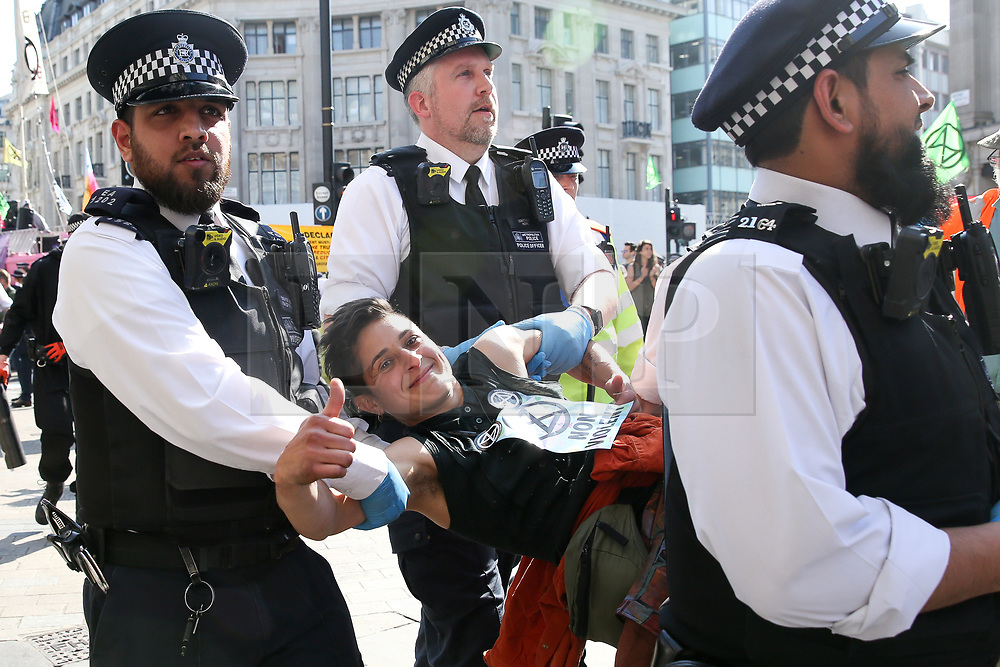