(c)Licensed to London News Pictures. 05/05/2014. Mechelen. Belgium. 14-18, is a spectacular musical, the largest in the world performed in a specially adapted venue in Belgium with a 150m stage comprised of 58,000 separate parts and a moving stage. A story of unconditional friendship and romance set against a backdrop of horror and war. By following the lives of 4 people through the First World War it aims to communicate the turbulent background of World War One to a modern audience in a new and innovative way. Currently performed in Flemish and French, the first English production, with actors Danny Whitehead as FONS and Kayleigh McKnight as ANNA will be May 22 2014. It is a collaboration between Studio100, Laurence Olivier award winning writer and director Frank Van Laecke, Dirk Brosse and Allard Blom. Also suitable for schools with accompanying education packages. Photo credit Carole Edrich/LNP 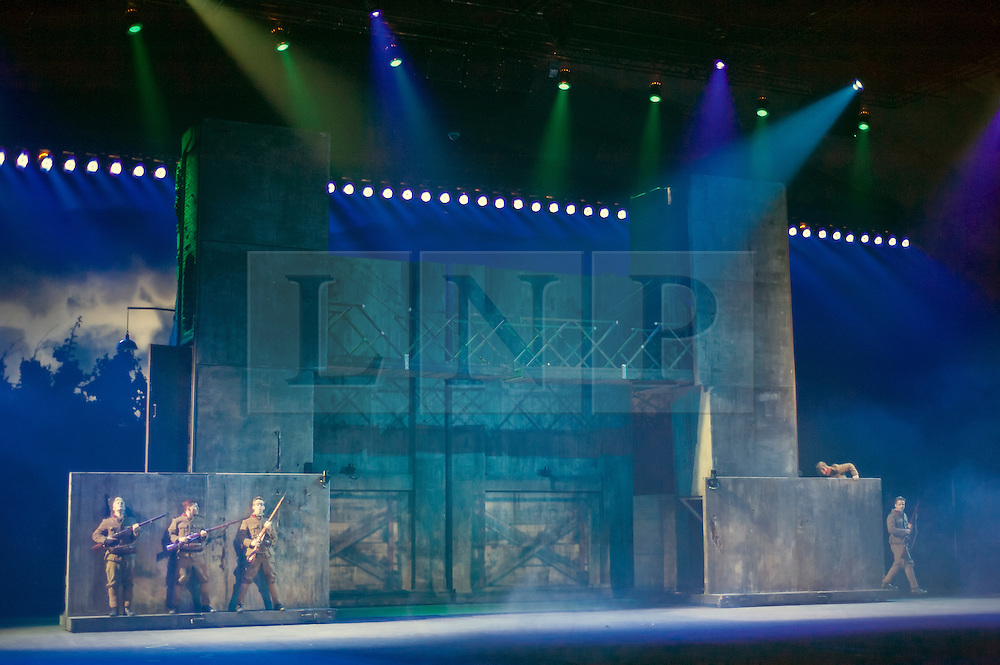