© Licensed to London News Pictures . 07/08/2014 . Manchester , UK . Detective Chief Inspector Debbie Dooley of GMP's " Xcalibre Task Force " that tackles gun-related crime , holding one of the recovered items . Greater Manchester Police displays some of the cache of firearms and ammunition they collected during a two week firearms amnesty in July , at the force's North Manchester headquarters , this morning (7th August 2014) . GMP reports collecting 225 firearms and over 3000 rounds of ammunition during the fortnight amnesty of which , they say, over 80 of the weapons were illegally owned . Amongst the haul were rifles, shotguns , handguns and air weapons as well as imitation and antique firearms . Photo credit : Joel Goodman/LNP 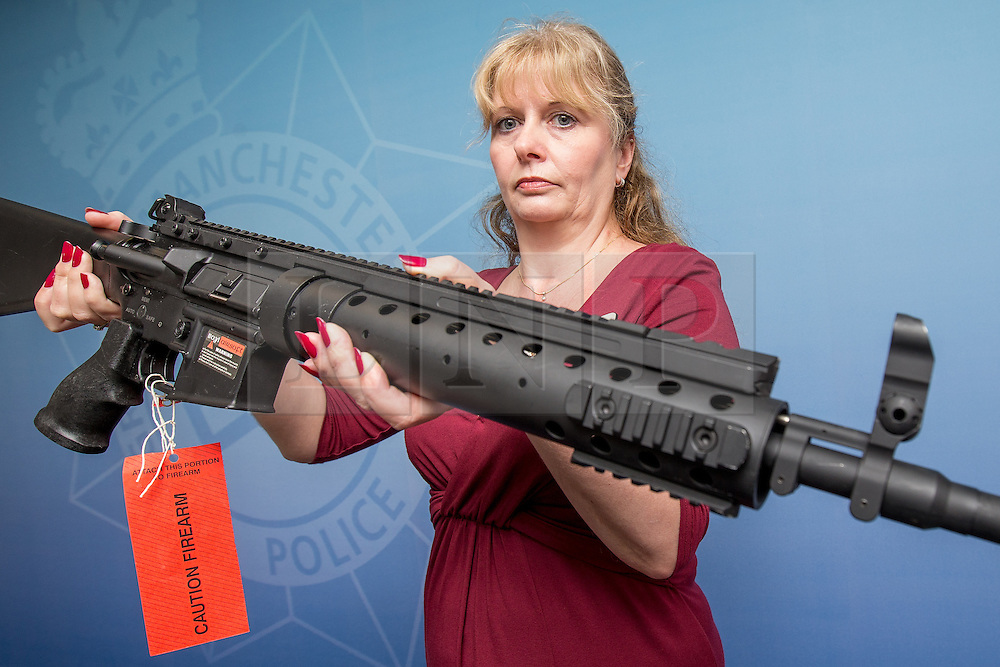