© Licensed to London News Pictures. 28/04/2016. The King's Troop Royal Horse Artillery has had its Annual Inspection at the historic Royal Artillery Barracks in Woolwich, south east London. The Troop, who moved to Woolwich in 2012, gathered on the Parade Ground this morning at the 18th century barracks which has the longest continuous architectural composition in London (329 metres). Music was provided by the Royal Artillery Band. Credit: Rob Powell/LNP 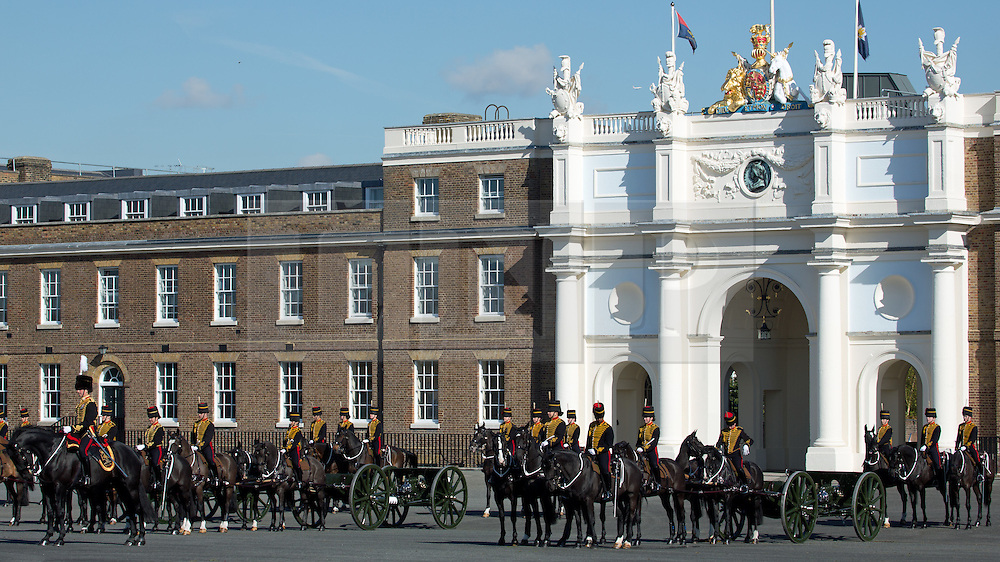