© Licensed to London News Pictures. 20/02/2016. York, UK. Fireworks stream off Clifford's Tower during the finale of the annual Jorvik Viking Festival in York, North Yorkshire. The historic city was transformed into a fiery battleground as this year's end to the week long festival told the story of the infamous Battle of Assundun. The festival, which is run by the Jorvik Viking Centre, takes place every February in tradition of an ancient Viking festival known as Jolablot. Photo credit : Ian Hinchliffe/LNP 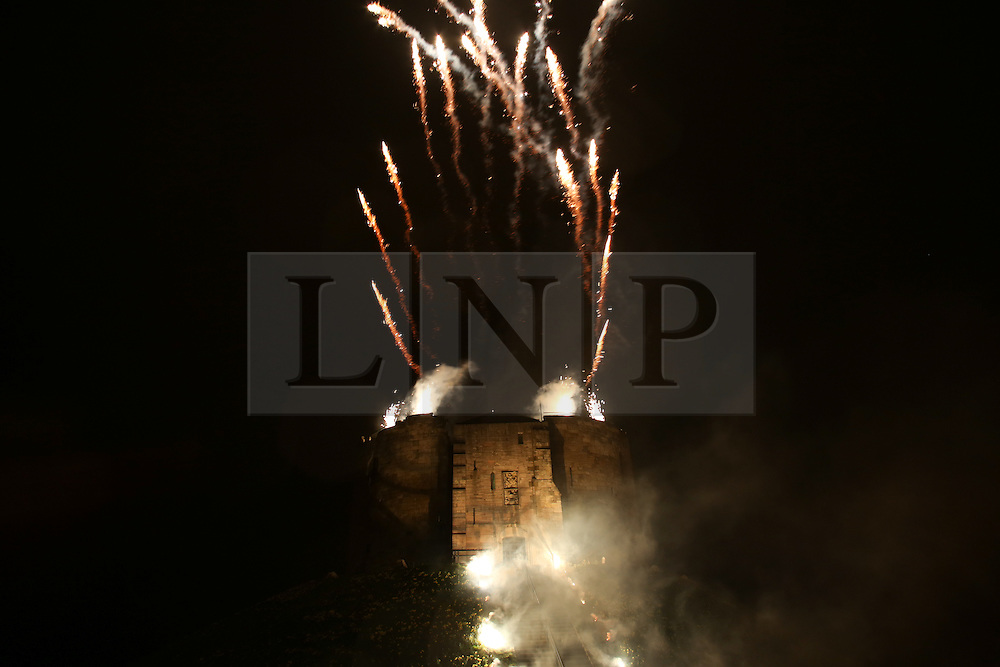