© Licensed to London News Pictures. 15/08/2012. Bath, UK. A placard with the word Baroness is visible through the window of a coach carrying an American band called Baroness crashed off the road and down a slope at Brass Knocker Hill on the A36 near Bath. The band had played in Bristol last night and were en route to Southampton. They have now announced they have cancelled the last gig of their tour. 15 August 2012..Photo credit: Simon Chapman/LNP 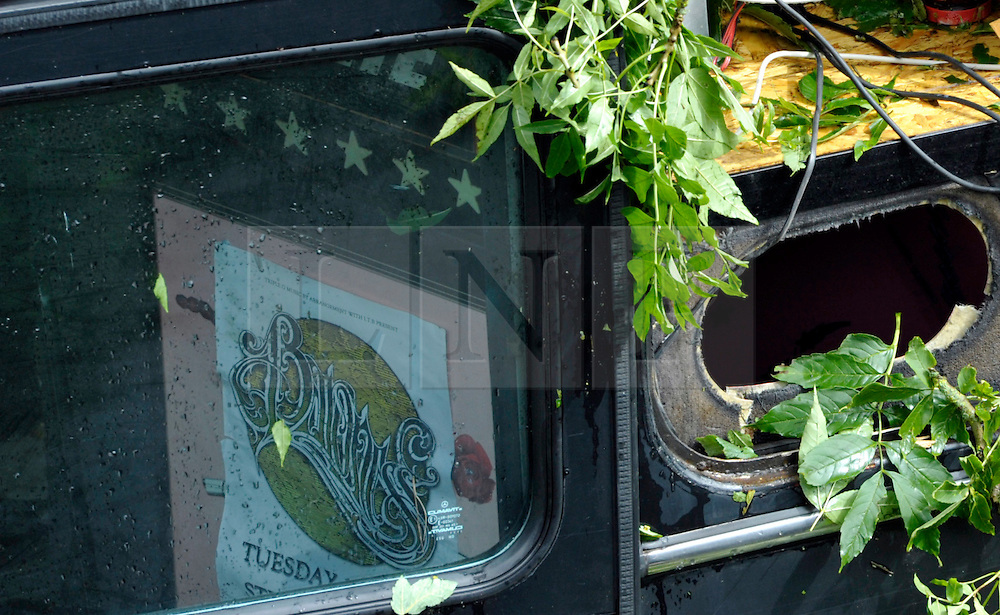