© Licensed to London News Pictures. 29/05/2019. Bristol, UK. HUGH FEARNLEY-WHITTINGSTALL takes part in filming on North Street in Southville, Bristol, with members of the public campaigning against the use of plastic packaging for the BBC TV series Hugh and Anita's War on Plastic, presented by Hugh Fearnley-Whittingstall and Anita Rani and due for broadcast in June 2019. In Hugh and Anita's War on Plastic celebrity chef Hugh Fearnley-Whittingstall has discovered that mountains of plastic waste from Britain intended for recycling has been shipped 6500 miles to Malaysia then apparently simply dumped or burned. Up to 20-foot high mounds of plastic waste were uncovered by Hugh and Anita Rani as part of the new BBC documentary investigating where our waste goes and if it is being properly recycled. Photo credit: Simon Chapman/LNP. 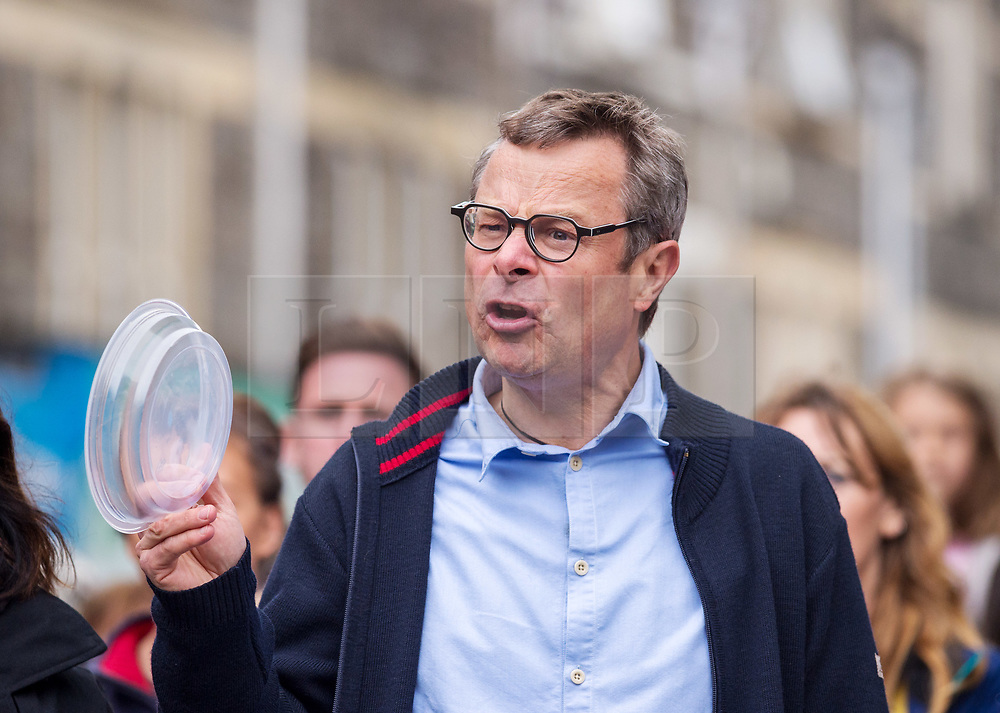