© Licensed to London News Pictures. 29/01/2016. London, UK. JOSEPHINE HERIVEL (L) wearing a t-shirt with the words "A B - FRAMED BY BRITISH STATE" written on it, stands next to CHANDRA BALAKRISHNA (R), the wife of Aravindan Balakrishnan, as she speaks to media as they leave Southwark Crown Court in London where Maoist cult leader Aravindan Balakrishnan has been sentenced to 23 years in prison for rape, child cruelty and false imprisonment. Aravindan Balakrishnan was found guilty of the rape of two of his followers and and false imprisonment of his daughter for more than 30 years in a commune in south London. Photo credit: Peter Macdiarmid/LNP 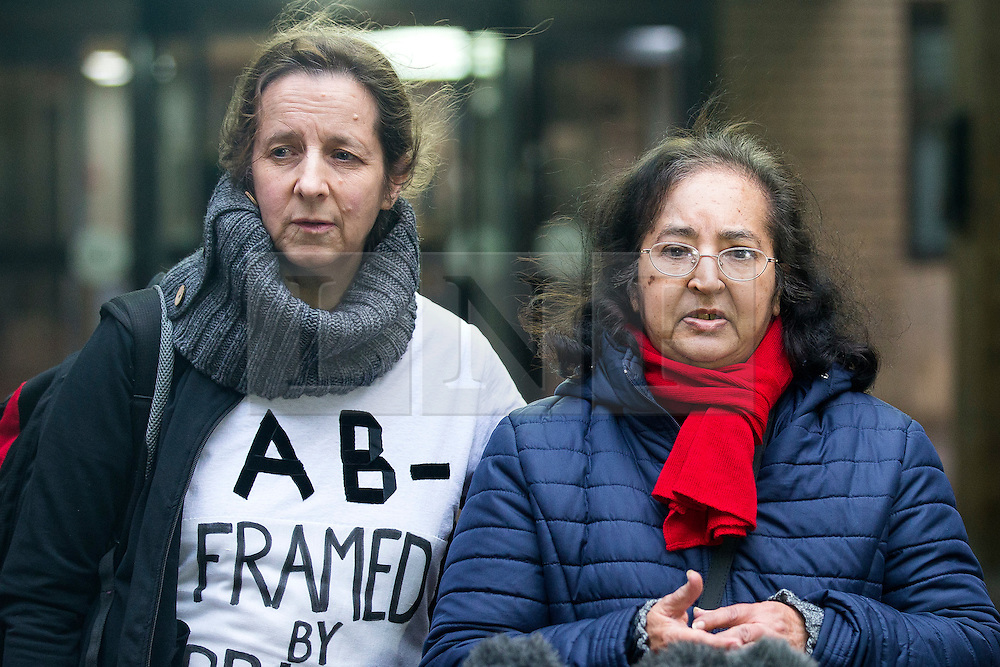