Licensed to London News Pictures. 13/02/2017. Mosul, Iraq. A masked officer of the Iraqi National Security Service holds a suspected ISIS fighter in a headlock as a team mate cuffs the suspect's hands during a rain in eastern Mosul. 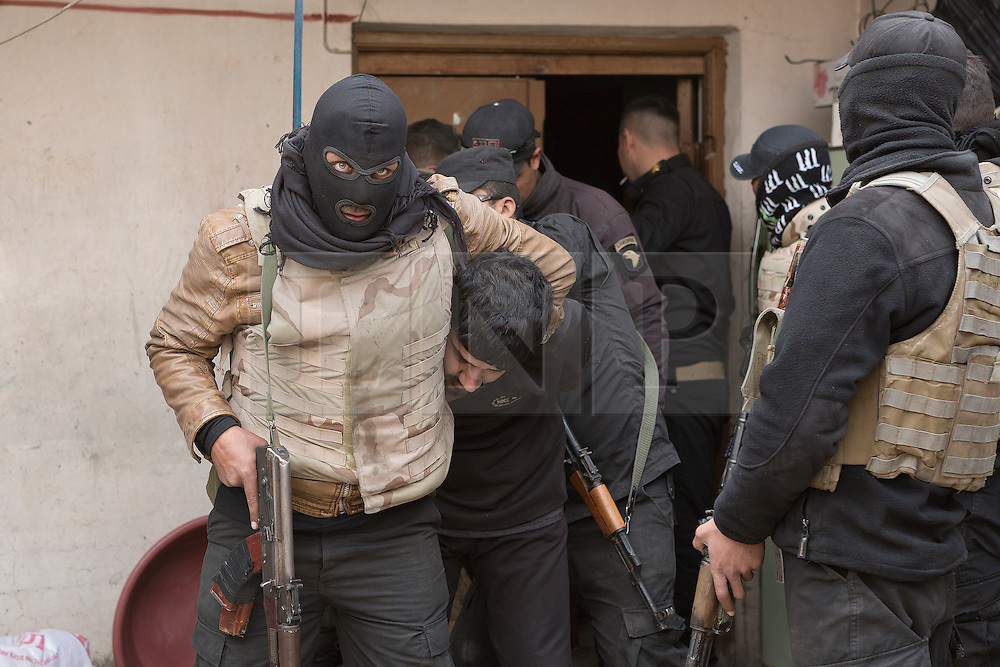