© Licensed to London News Pictures. 14/11/2014. Somerset, UK. County champions awarded after last nights carnival went jointly to Gremlins carnival club - Brunnels Kingdom and Hucky Duck Carnival club In Flanders Fields both pictured making their way up Glastonbury high street A dancer from the Susan Hill School of dance pictured at Wells carnival in Somerset on Friday night. Participants take part in what widely regarded as one of the largest illuminated processions in the world on 15th November 2014. Dedicated members of the numerous carnival clubs who take part design and build carts in secrecy, using thousands of pounds of their own money in a bid to win awards for the best carts. The 3 week-long spectacle can draw crowds of up to 150,000 and sees hundreds of entries from across the county. The specially-designed carts can measure up to 100ft long, feature state-of-the-art electronics and hydraulics, and are decorated with tens of thousands of light bulbs. The spectacle concludes at Glastonbury tonight . Photo credit : Jason Bryant/LNP 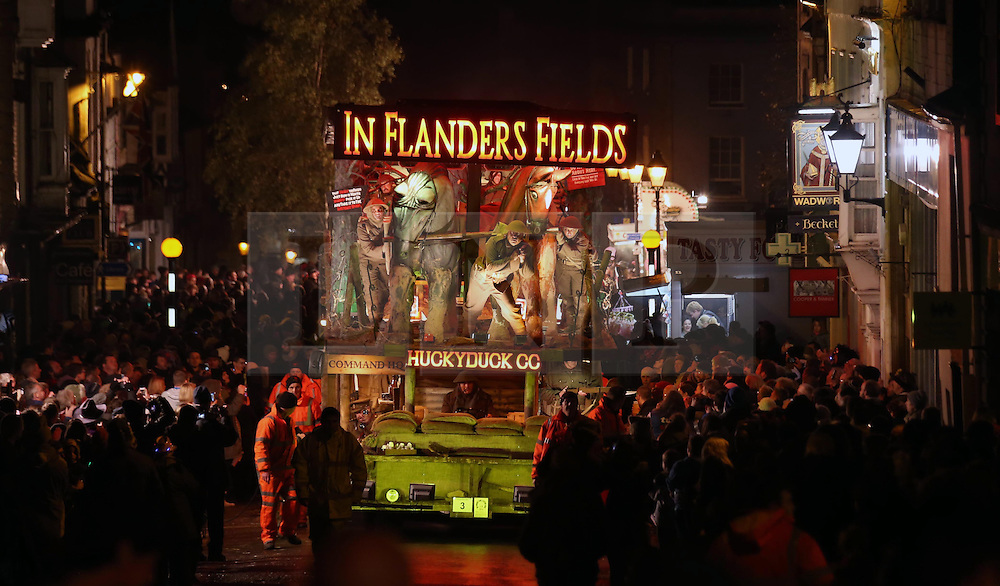