© Licensed to London News Pictures. 7/4/2015. **Warning: Images contain content of a graphic nature ** Garbiley, Somaliland. Students from a forensic NGO in Peru lift the tarpaulin on a mass grave containing the remains of victims of the Somali civil war in a mass grave in the rural village of Garbiley, as they prepare for the relatives of the victims to visit the site today.

From 1969 to 1990, president and military dictator Siad Barre oversaw a campaign of atrocities to quash separatist movements in the 1980s. The Somali Armed Forces targeted civilians in the northwest, culminating in the bloody 1988 siege of the regional capital Hargeisa and surrounding nomadic communities, which claimed an estimated 50,000 civilian lives. Photo credit : Alison Baskerville/LNP 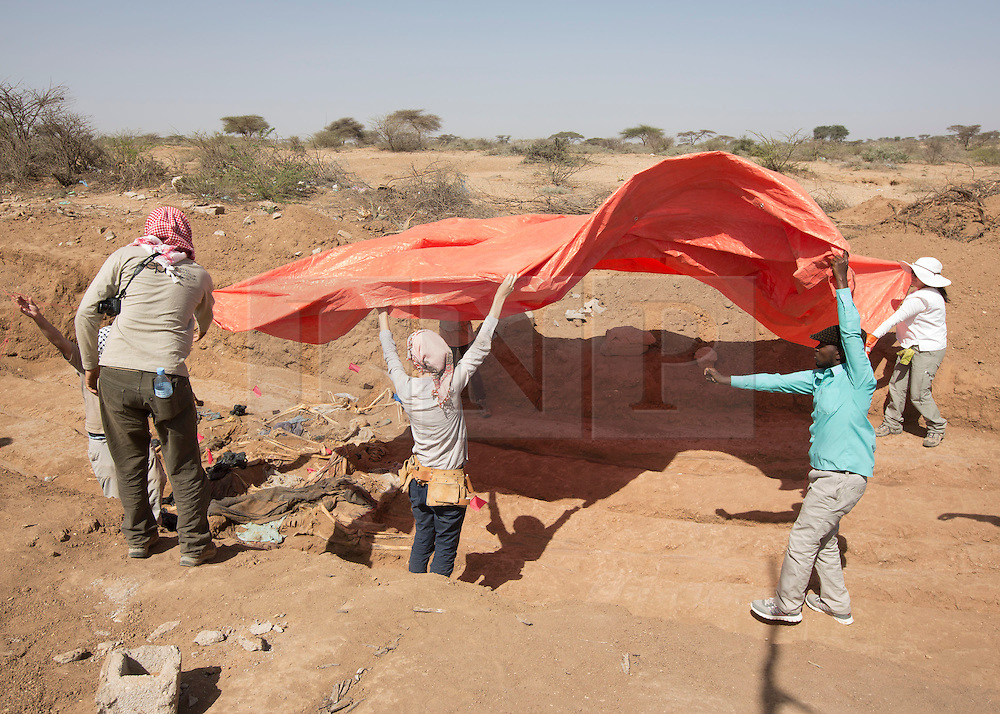