© Licensed to London News Pictures. 15/07/2014. Gaza. A young boy carries a bag or rice as his family prepare to leave the school they have been seeking refuge in as the conflict entered it's eighth day. News of a potential ceasefire reached Gazan families who have been living in the Al Fakoura school on the outskirts of the Bet Lahia district of Gaza. It has been home to over 600 families during the current Isreal/Gaza conflict known as Operation Protective Edge. 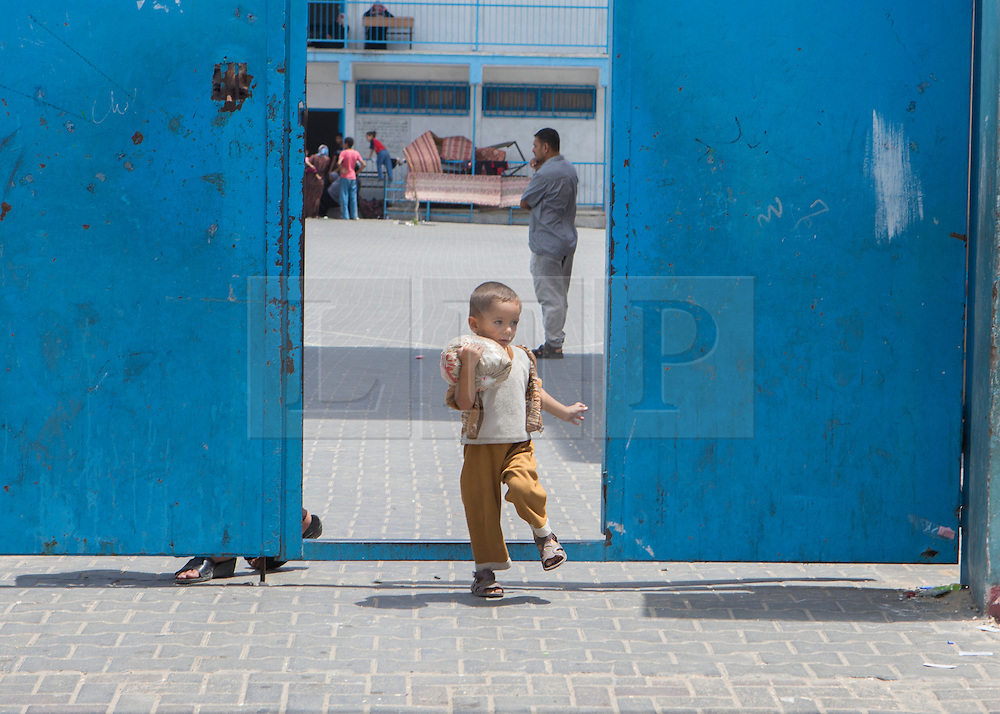