Licensed to London News Pictures. 13/02/2017. Mosul, Iraq. Iraqi National Security Service officers keep watch from the back of a pickup truck as they pass through east Mosul neighbourhoods during operations to arrest suspected ISIS fighters and collaborators. 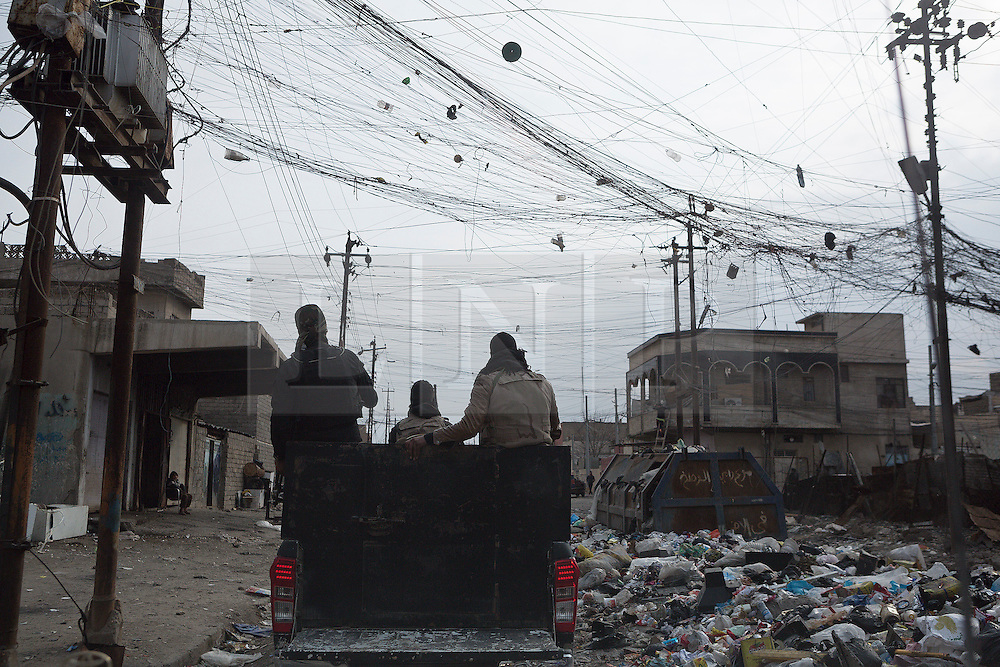