©Licensed to London News Pictures 16/09/2020
Orpington, UK. A bus stop in Crofton road. A police investigation has been launched after a man attempted to abduct two eleven year old school girls in Orpington, South East London. Police say the girls were near a bus stop in Crofton Road at around 3pm last Wednesday when they were approached by the suspect who got out of a car and tried to grab them, the girls ran back to school. Photo credit:Grant Falvey/LNP 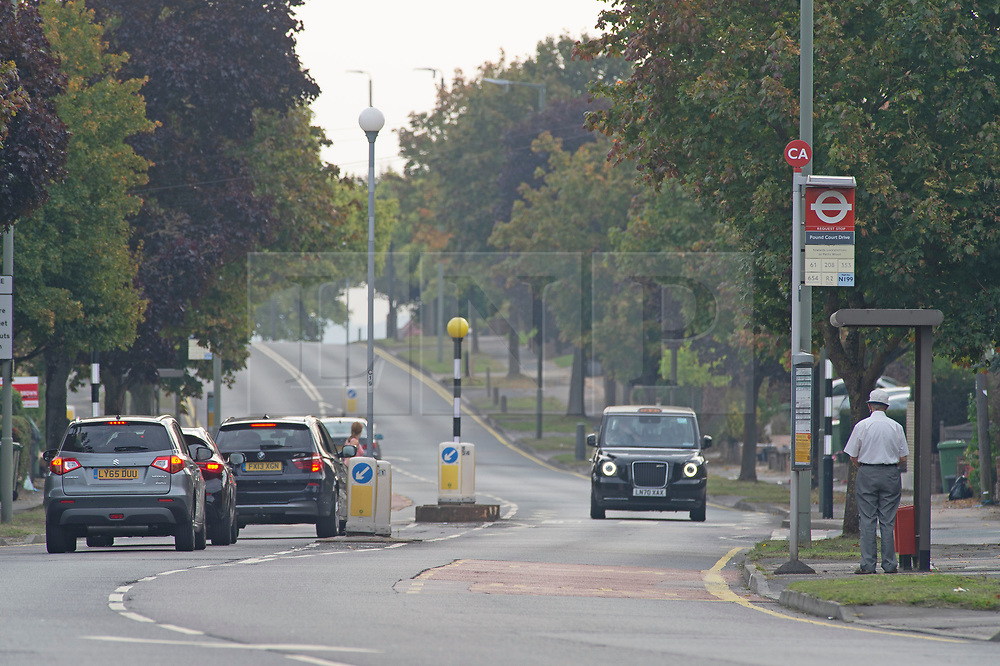