© Licensed to London News Pictures. 12/11/2012. London, UK Lorry and HGV drivers arriving at Clacket Lane Services got more than they bargained for when filling up their petrol tanks this morning. Drivers were greeted by a group of 1940s Forces' Sweethearts who were manning the pumps to help launch a campaign to tell younger Veterans about the support available to them from military charity, SSAFA Forces Help. Recent figures indicate that nearly 15% of Britain's lorry drivers have once served in the Armed Forces and SSAFA has set out to target these truckers to make them aware of the lifelong support it provides to them and their former comrades.. Photo credit : Stephen Simpson/LNP 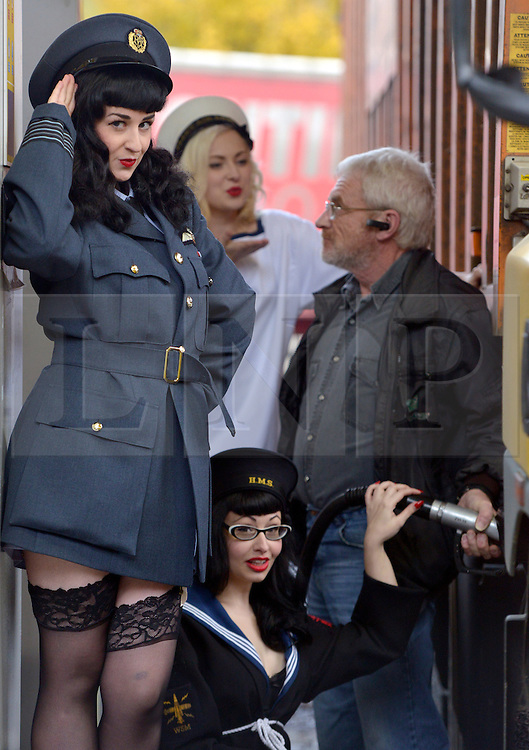