© Licensed to London News Pictures. 30/10/2017. Portsmouth, UK. Crowds gather to watch the Royal Navy's flagship, HMS Queen Elizabeth, as she departs Her Majesty's Naval Base (HMNB) Portsmouth for the first time since her arrival on 16/08/2017. The new aircraft carrier is heading back to sea for the second stages of her sea trials. 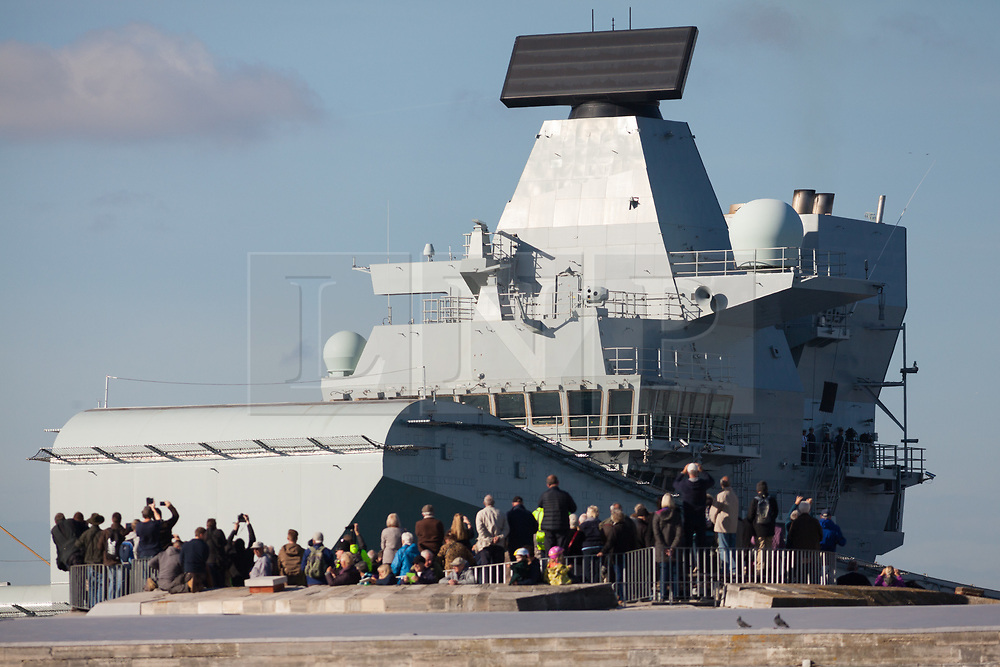