09/03/2014. The remains of 45 victims exhumed from mass graves in the city of Hargeisa, Somaliland were re buried today in an Islamic ceremony. The victims were part of an excavation of the graves as part of an ongoing project by international students from Peruvian based forensic anthropology team Equipo Peruano de Antropologia Forense (EPAF).

"Even if you are poor you deserve to be buried as a human being, not thrown into a hole like an animal." Commented Jose Barayber, head of the team of forensic students attending the ceremony.

There may be as many as 200 graves in the city with an estimated 50,000 to 60,000 killed. The atrocity took place between 1988 and 1991 by former dictator Mohamed Siad Barre. According to the Somaliland War Crimes Investigation Committee (WCIC) the massacre began after a tribe known as the Isaaq began an uprising against Biarre's regime. He responded by ordering the execution of all members of this clan. Alison Baskerville/LNP 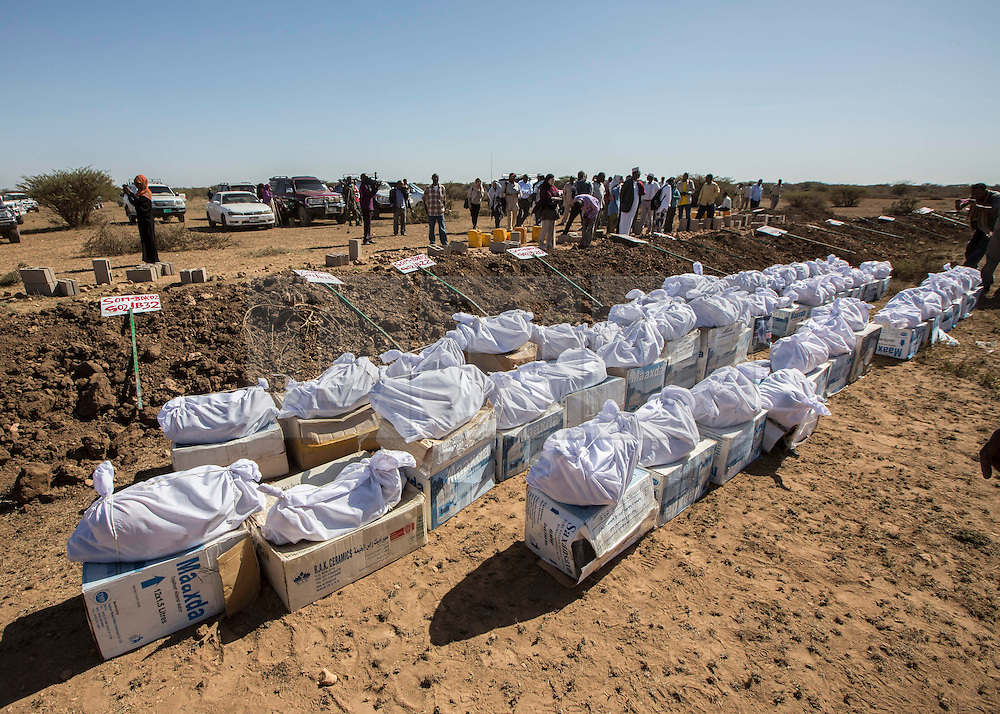