Licensed to London News Pictures. 10/11/2016. Mosul, Iraq. Guided by an Iraqi Army major women and children, all escaping from areas within Mosul where fighting between Iraqi Security Forces and Islamic State militants are fighting, board a bus in the city's Gogjali District. The bus, provided by the Iraqi Army, will take them to the safety of a refugee camp in Iraqi-Kurdistan. 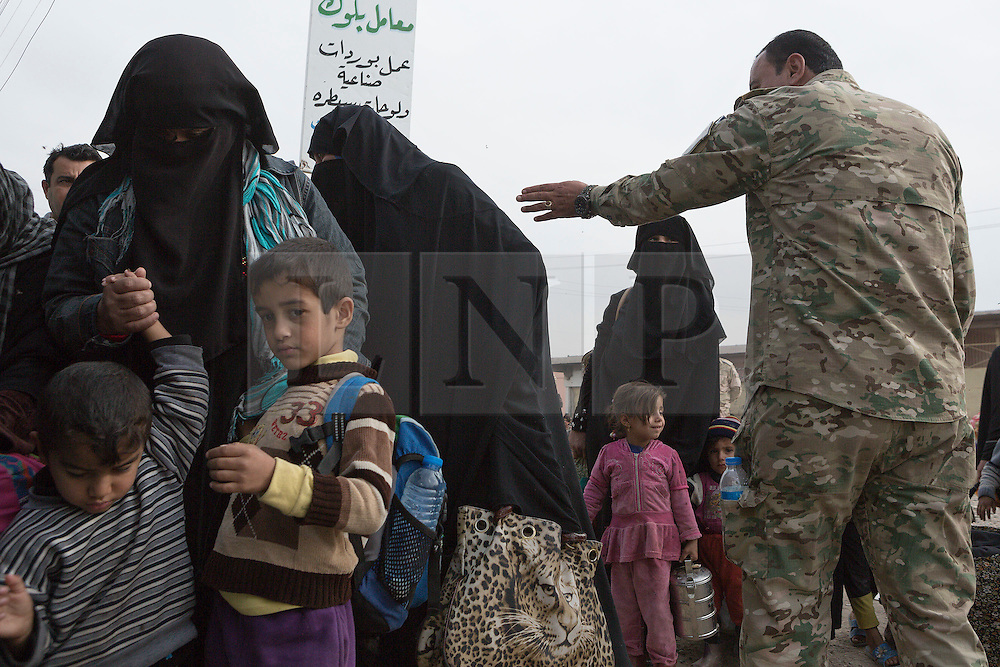