© Licensed to London News Pictures . 09/02/2019. Manchester , UK . Anti-fascists in Piccadilly Gardens ahead of " Yellow Vest " protest in Manchester City Centre , lead by James Goddard . The yellow vest concept has been adopted from French demonstrators by some British groups in support of Brexit , Donald Trump and former EDL leader Stephen Yaxley-Lennon - aka Tommy Robinson . A similar demonstration in the city in January was ridiculed after protesters were kettled by police in front of a branch of Greggs the Baker . Photo credit : Joel Goodman/LNP 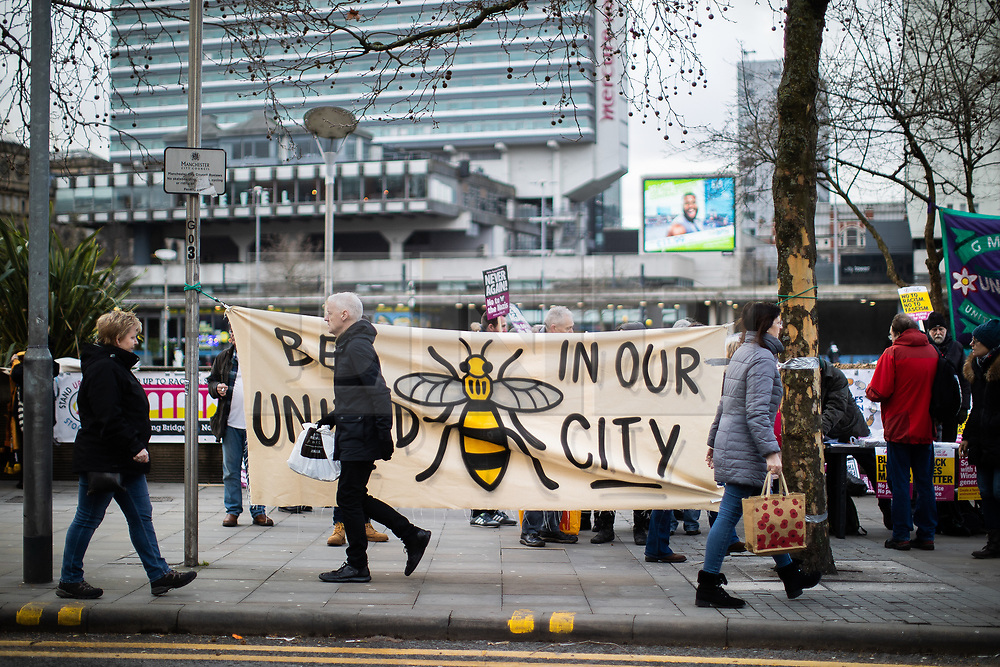