A family who are part of a community group called the Friends of Eston Hills gather for a picnic on the top of Eston Nab in Teesside. The group who have recently raised £15000 in just seven weeks to buy the land and return it to public ownership gathered to celebrate on top of the Nab. 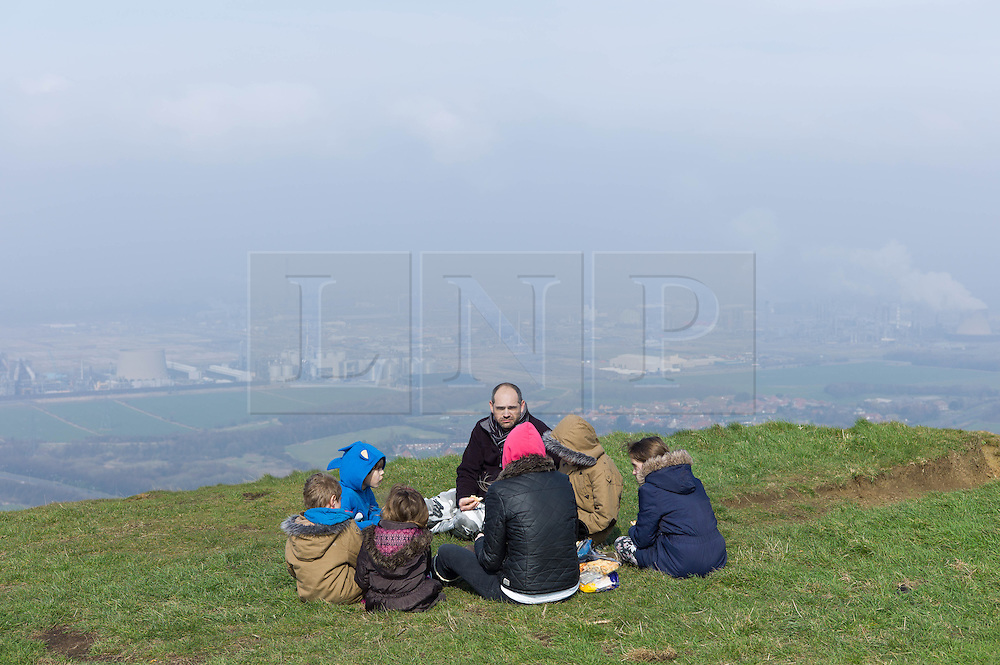