© Licensed to London News Pictures. 21/12/2017. Kirby Misperton UK. A Tiger cub born in August is watched by members of the public today as she took her first steps outside today at Flamingo Land zoo in Yorkshire. The female cub is so far un-named & is the cub of Bawa & Surya. The new arrival was the culmination of seven years of hard work by Flamingo Land animal carers in their attempts to protect the critically endangered species. Photo credit: Andrew McCaren/LNP 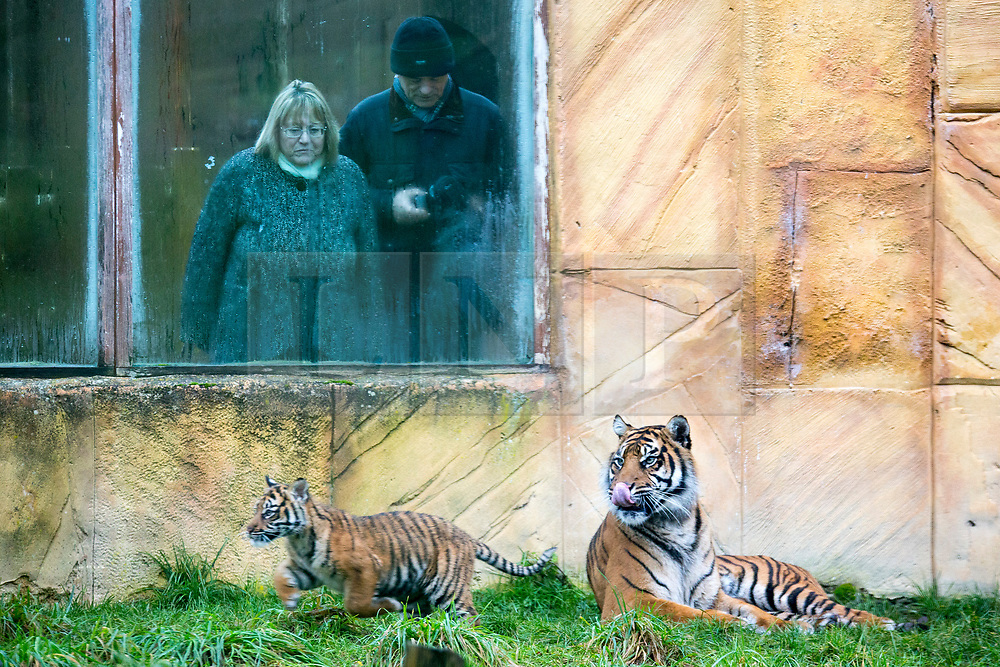