Licensed to London News Pictures. 13/02/2017. Mosul, Iraq. An Iraqi NSS officer, his face covered to protect his identity, holds his weapon at the ready as he approaches the home of a suspected ISIS member in a Mosul neighbourhood. 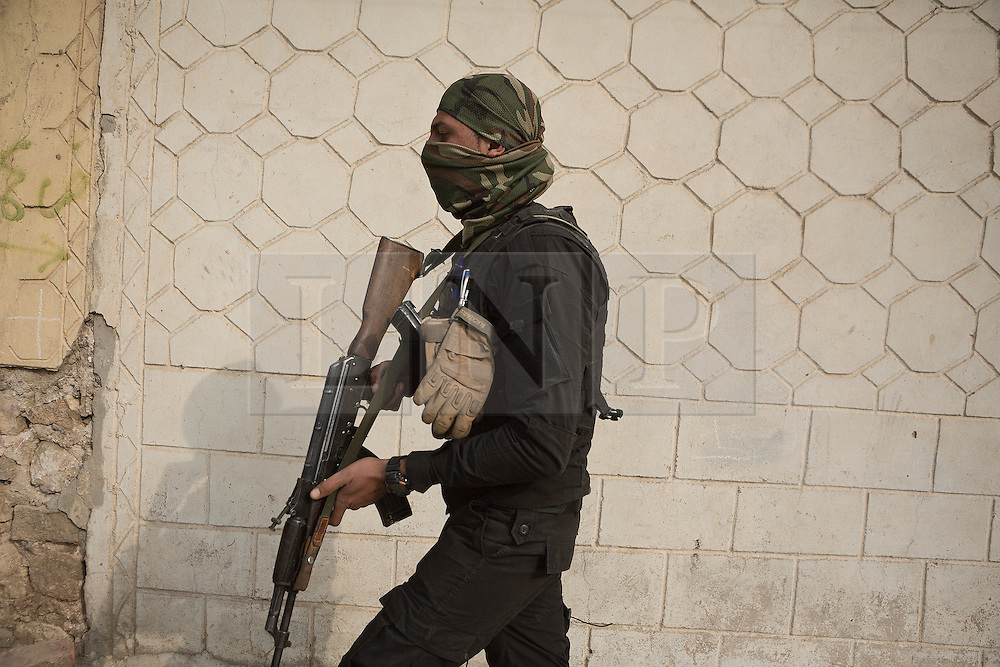