© Licensed to London News Pictures. 16/01/2017. London, UK. Two tourists take picture of themselves with the iconic electronic billboards of Piccadilly Circus, which have been switched off for renovations for the longest period of time since the Blitz, as part of a plan to remove the six illuminated advertising boards which overlook the tourist hotspot and replace them with one ultra-high definition curved screen and will be unveiled in the autumn. Photo credit: Tolga Akmen/LNP 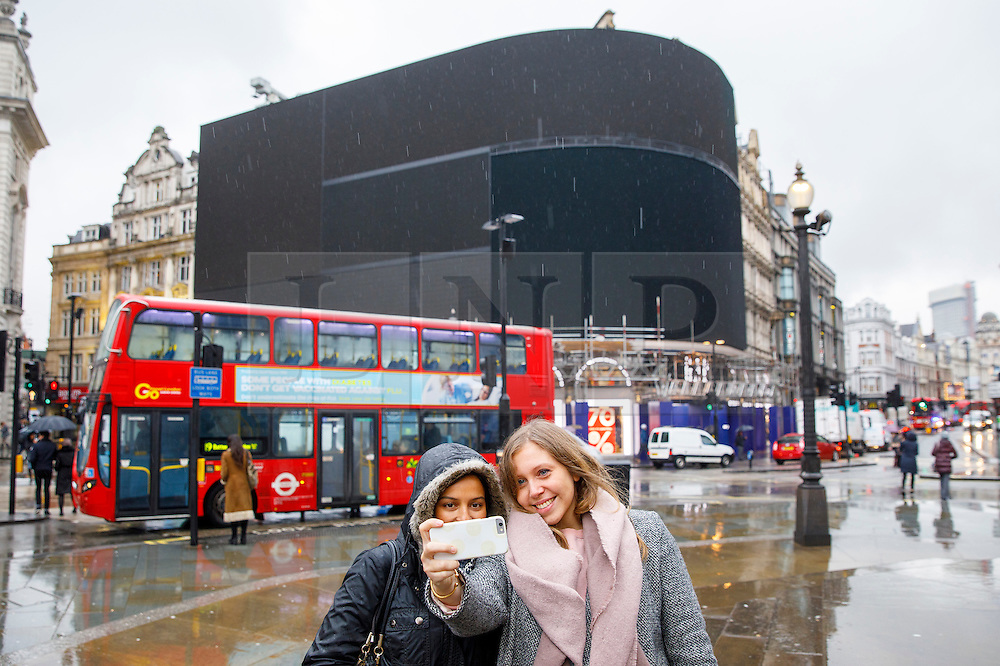