© Licensed to London News Pictures.15/03/2017.London, UK. Supporters of Sergeant Alexander Blackman, pose for a photograph while waiting outside the Royal Courts of Justice in London, before a judge reduced the conviction of Sgt Blackman from Murder to Manslaughter, on appeal. Also known as Marine A, Sgt Blackman was appealing a life sentence for the murder of a wounded Taliban fighter in Afghanistan in 2011.Photo credit: Ben Cawthra/LNP 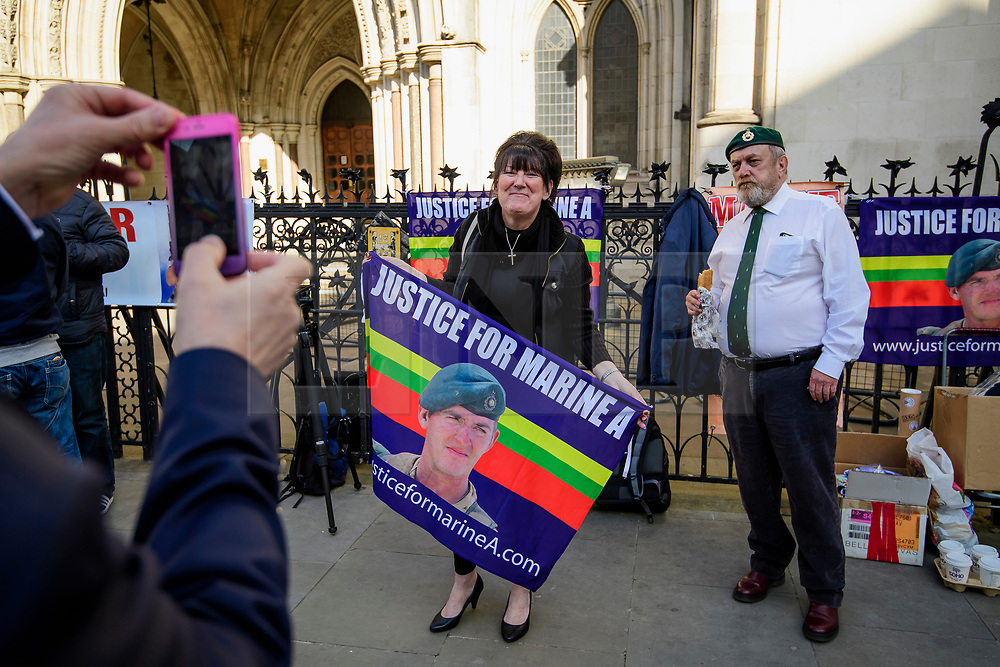