© Licensed to London News Pictures . 06/07/2017 . Manchester , UK . BARBARA DRANSFIELD reacts as Charles Salvador sings What a Wonderful World to her via Paula Williamson's phone on loudspeaker . Artwork by convicted criminal Charles Salvador (previously Charles Bronson) has been sold on behalf of Salvador to raise a £1,000 to support Barbara and Len Dransfield . Barbara , who has become friendly with Salvador , was brought the money and a card by Salvador's fiance , Paula Wiliamson . Barbara Dransfield was brutally assaulted by masked robbers as she sat at home in her wheelchair . She suffered extensive injuries to her face and body . Photo credit : Joel Goodman/LNP 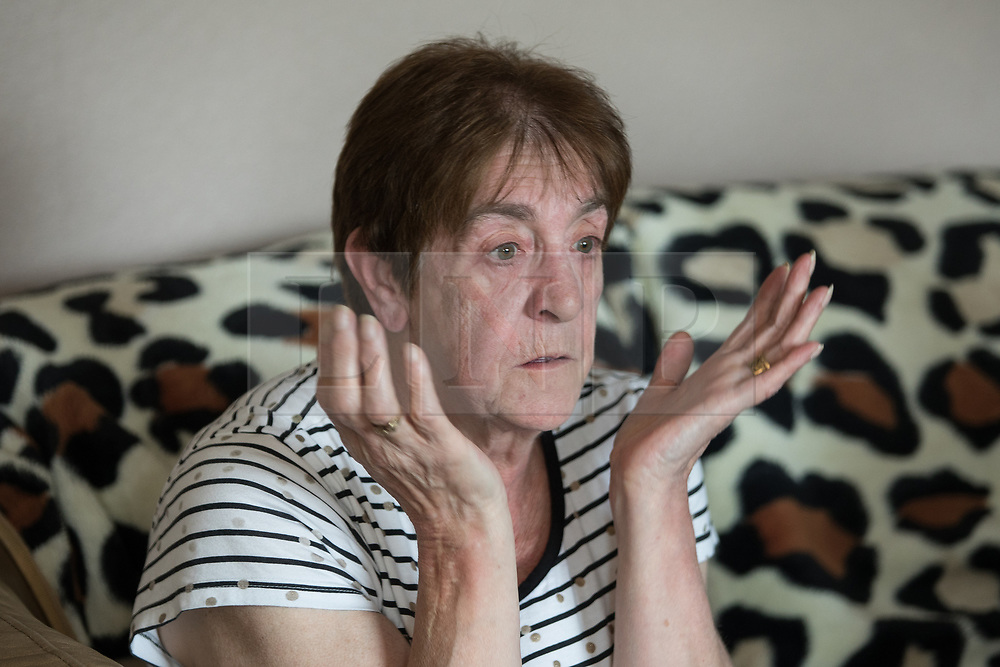