© Licensed to London News Pictures. 12/06/2018. London, UK. A remain supporter presents pork pies to Leave.EU founder ARRON BANKS and Leave.EU campaigner ANDY WIGMORE as they arrive at Portcullis House in London where they are due to give evidence to a Commons Digital, Culture, Media and Sport Committee about fake news. The pair have been accused of collusion with Russian officials around the time of the Brexit referendum. Photo credit: Ben Cawthra/LNP 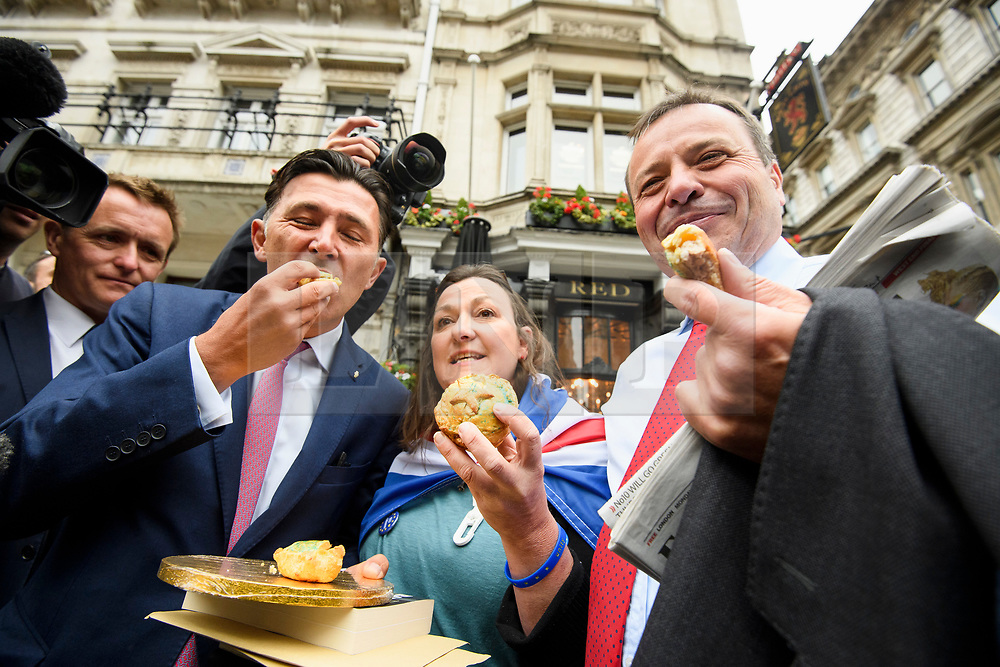