© Licensed to London News Pictures. 27/03/2018. Salford, UK. DAWN DOCX of Greater Manchester Fire and Rescue, Manchester Mayor ANDY BURNHAM , SIR RICHARD LEESE and Deputy Mayor BEV HUGHES listen to the findings of the panel . The Kerslake Report in to the terrorist bombing of an Ariana Grande concert at the Manchester Arena on 22nd May 2017 , ordered by Greater Manchester Metro Mayor Andy Burnham , is published at a press conference at the University of Salford , at Media City . Amongst praise for many connected with the events, the report also highlights failings in communication at Greater Manchester Fire and Rescue on the night and disreputable behaviour by some sections of the media in the aftermath of the attack . Photo credit: Joel Goodman/LNP 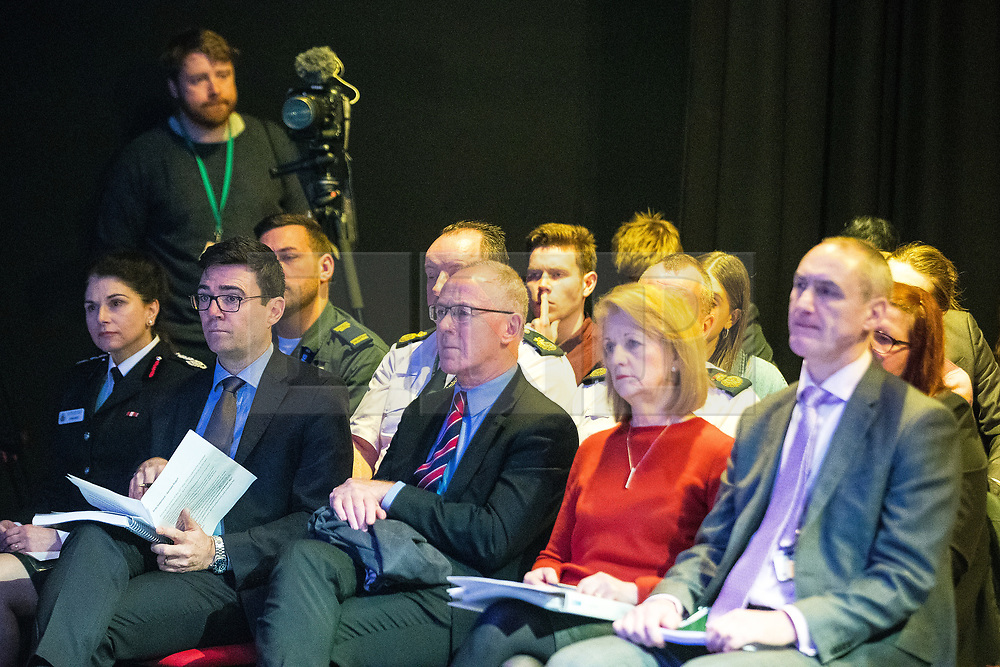