© Licensed to London News Pictures. 11/12/2014. Fishkhabour, Iraq. An elderly Yazidi refugee holds a young relative as he waits for his chance to leave an Iraqi Air Force Mi-17 Hip helicopter and be processed by members of the UNHCR after being evacuated from Mount Sinjar.

Although a well publicised exodus of Yazidi refugees took place from Mount Sinjar in August 2014 many still remain on top of the 75 km long ridge-line, with estimates varying from 2000-8000 people, after a corridor kept open by Syrian-Kurdish YPG fighters collapsed during an Islamic State offensive. The mountain is now surrounded on all sides with winter closing in, the only chance of escape or supply being by Iraqi Air Force helicopters. Photo credit: Matt Cetti-Roberts/LNP 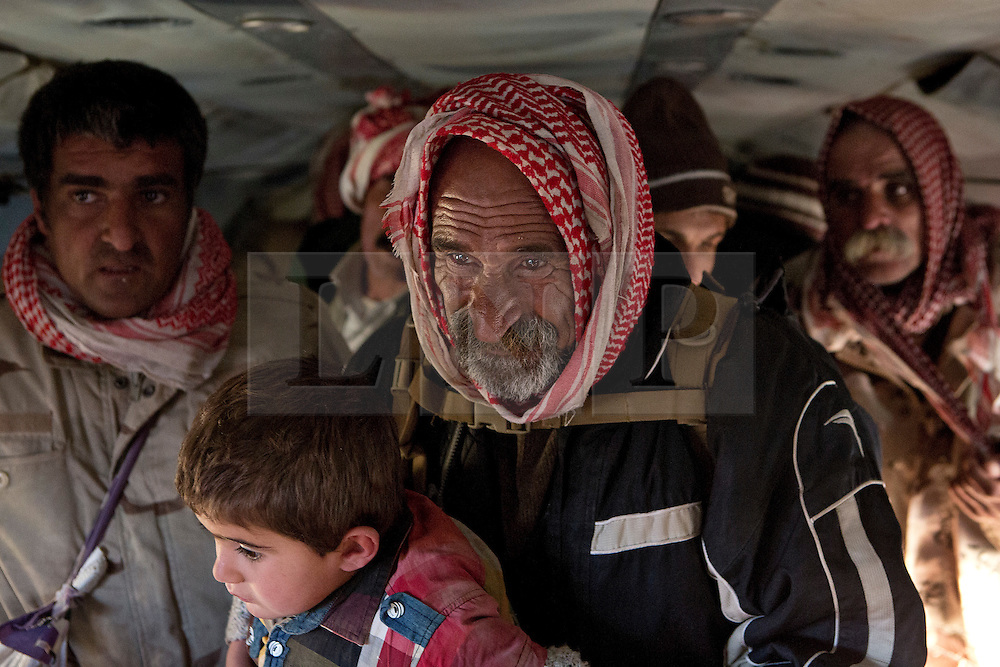