© under license to London News Pictures. 25/06/12..A blue plaque to former Monty Python star, Graham Chapman is unveiled at the Angel Inn, North london. The memorial has been organised by Chapman's family, friends, and former colleagues, following the news that English Heritage have dropped plans for an 'official' Blue Plaque to the star, due to budget cuts. Fellow Pythons Terry Jones and Michael Palin who will be joined at the unveiling by comedians and former colleagues such as Barry Cryer and Python actress Carol Cleveland...ALEX CHRISTOFIDES/LNP 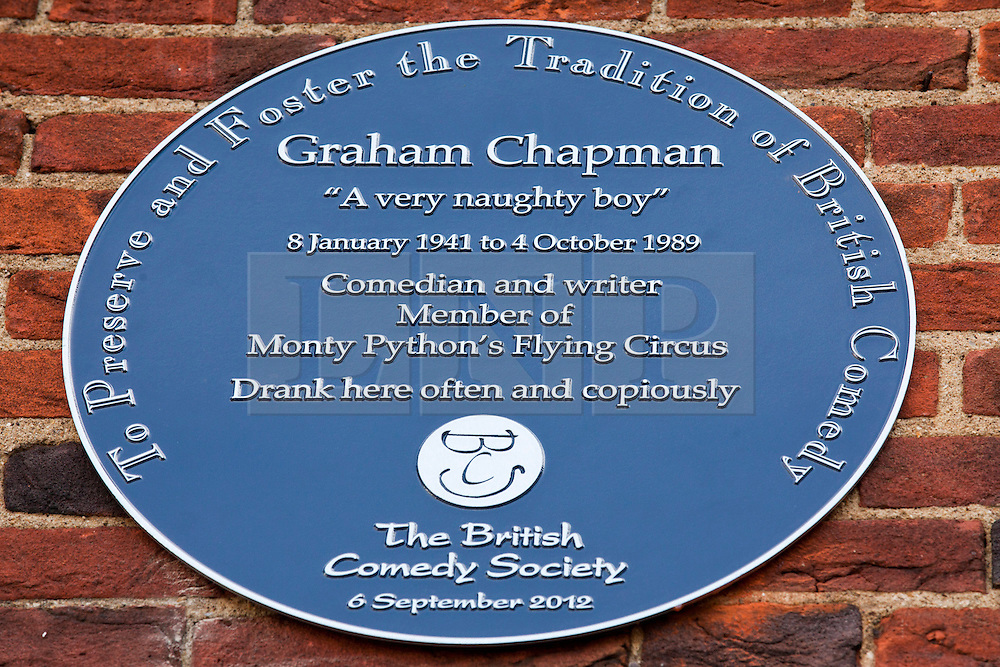