© Licensed to London News Pictures. 04/04/2013. London, UK. Femen protesters holding posters are seen demonstrating outside the Tunisian Embassy in London today (04/04/2013). Protests were organised across the world by Femen, an activist group, after they declared the 4th of April as ?topless jihad day? in a gesture of support for Amina Tyler, a Tunisian woman who was threatened with death by stoning for baring her breasts online. Photo credit: Matt Cetti-Roberts/LNP 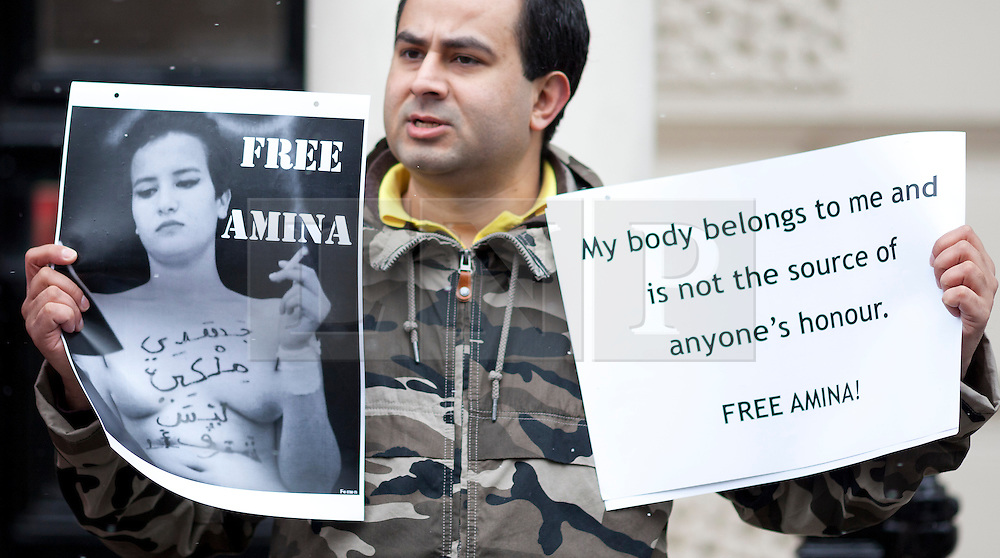