The coffin of PC Keith Palmer taken to Palace of Westminster

© Licensed to London News Pictures. 09/04/2017. London, UK. Members of the public observe flowers left outside Carriage gate at The Houses of Parliament on the day that the coffin of PC Keith Palmer arrived at Chapel of St Mary Undercroft within the Palace of Westminster, ahead of his funeral tomorrow (Mon). PC Palmer was killed in a terror attack when Khalid Masood drove a car at pedestrians over Westminster Bridge and then attempted to enter Parliament with a knife. Photo credit: Tolga Akmen/LNP 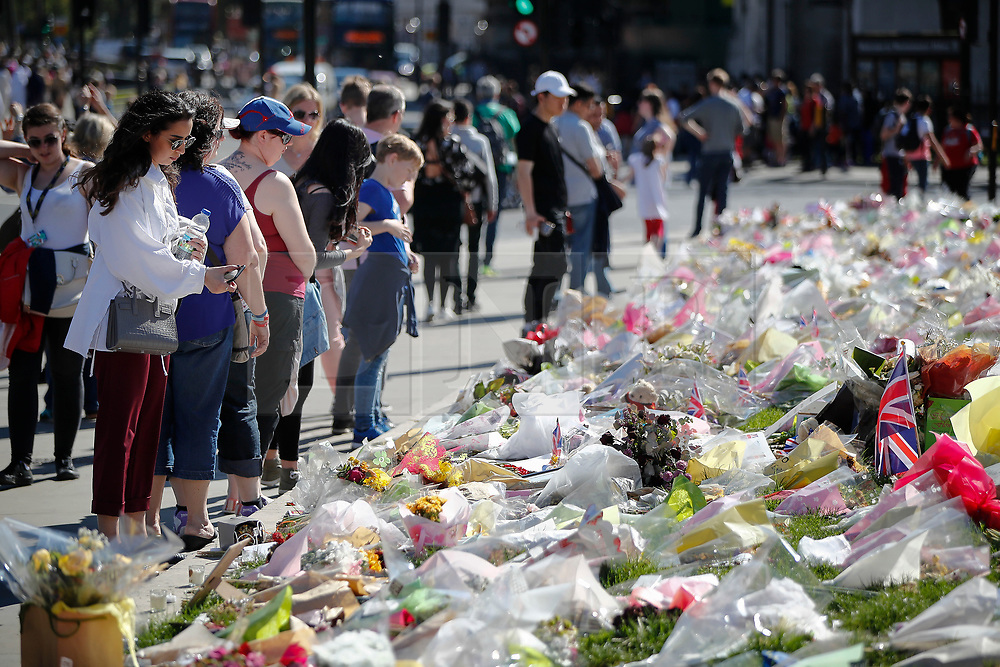