© Licensed to London News Pictures. 02/10/2016. Birmingham, UK. 'Fight the Tories' posters attached to phone boxes on New Street in Birmingham ahead of a national demonstration against the policies of Britain's Conservative government. The Conservative Party conference begins today at the ICC in Birmingham and is the first under the leadership of Prime Minister Theresa May, who took over after David Cameron's resignation in July 2016. Photo credit: Rob Pinney/LNP 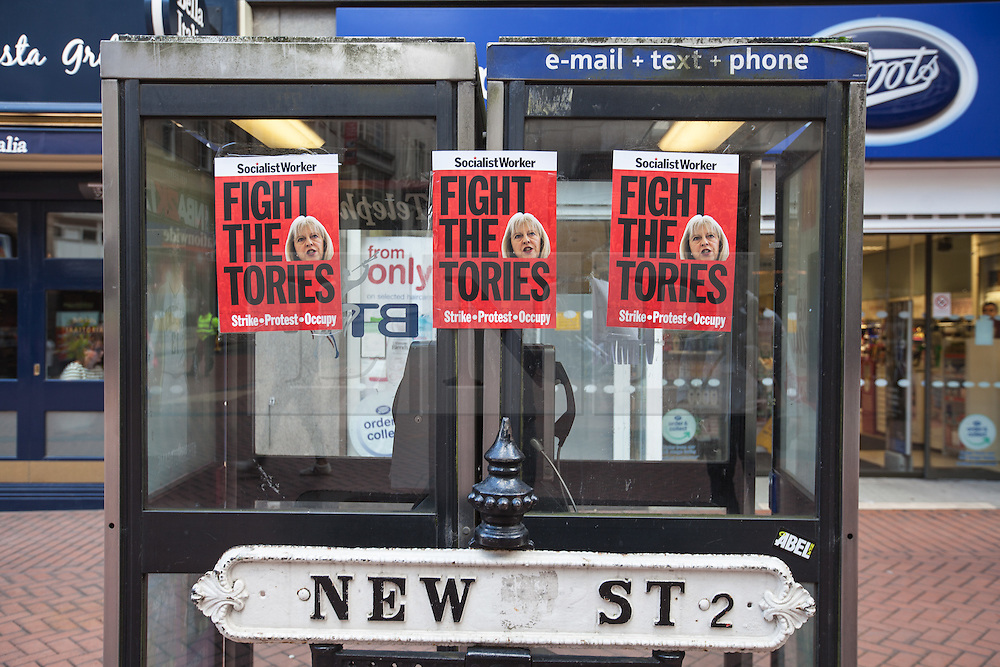