© Licensed to London News Pictures. 08/11/2019. LONDON, UK. A floral tribute to the victim placed at a police cordon outside the London Borough of Hillingdon Civic Centre in Uxbridge. Scotland Yard have reported that the previous afternoon, police were called to the building at 4.30pm to find an 18 year old man stabbed in the chest who was then taken to hospital but was pronounced dead just before 5.30pm. A 17 year old boy was arrested on suspicion of murder.. Photo credit: Stephen Chung/LNP 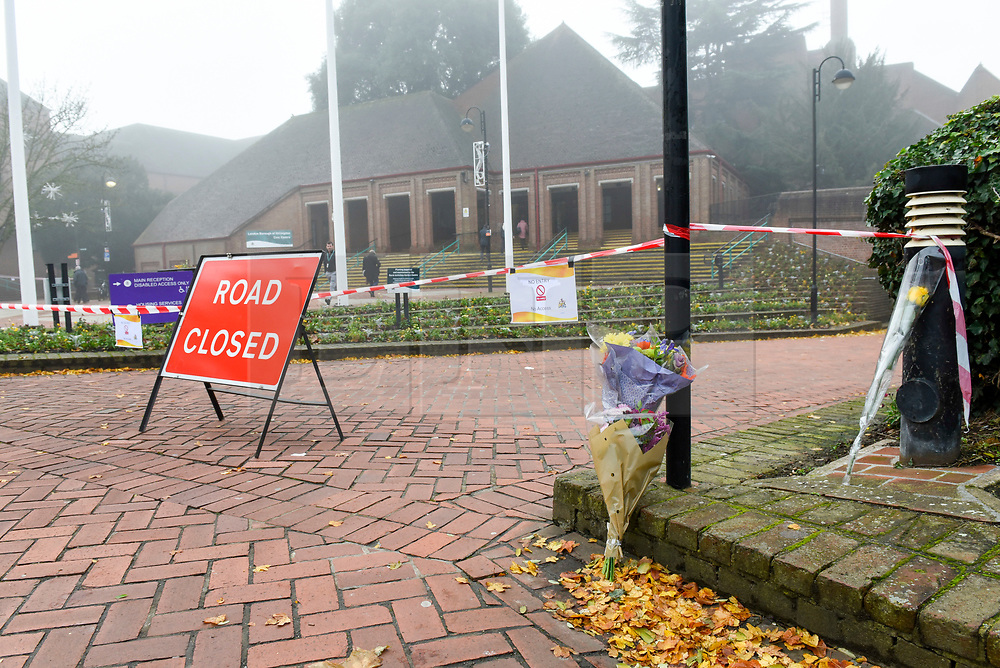