© Licensed to London News Pictures. 12/02/2013. London, UK. British Conservative MP Tracey Crouch (L), Nigel Nelson of the Sunday People (C) and Lord Addington toss pancakes as they take part in the annual Rehab Parliamentary Pancake Race in Westminster, London today (12/02/2013).The race involving MPs from the House of Commons, Lords from the House of Lords and members of the Parliamentary Press Gallery, is aimed at raising awareness for the Rehab; a charity that works to support people with disabilities, takes place every year in Victoria Tower Gardens next to Parliament and was won this year by the House of Commons team. Photo credit: Matt Cetti-Roberts/LNP 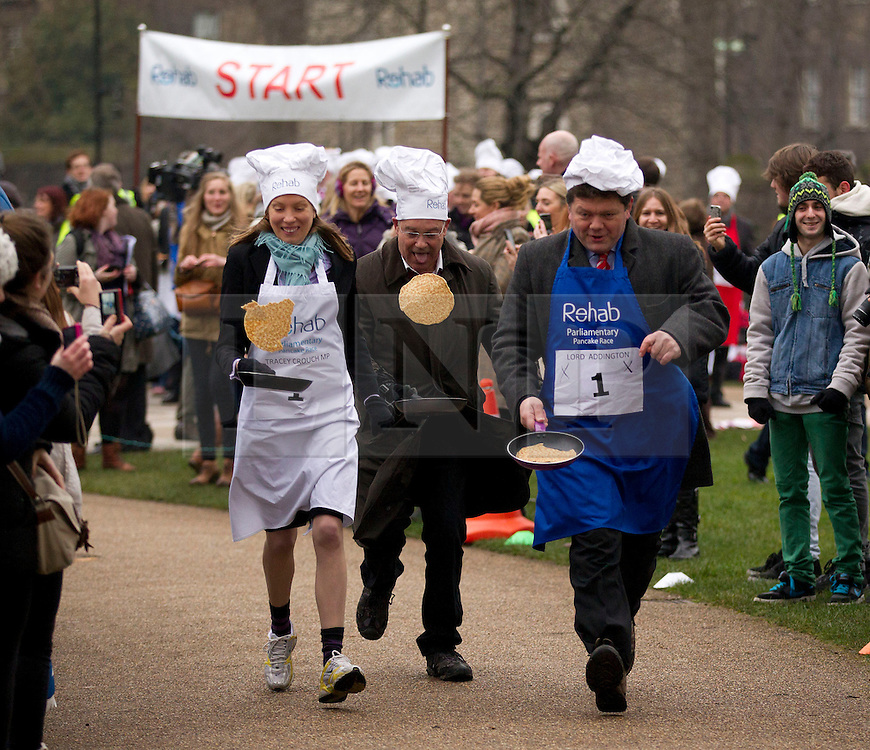