© Licensed to London News Pictures.10/04/2017.London, UK. Medals on the chest of an officers uniform as Police officers in No.1 Dress uniform line the streets around Southwark Cathedral in London where the funeral of PC Keith Palmer is due to take place this afternoon (Mon). PC Palmer was murdered just inside the gate by Westminster attacker Khalid Masood - an attack in which he also killed four people on Westminster Bridge.Photo credit: Tom Nicholson/LNP 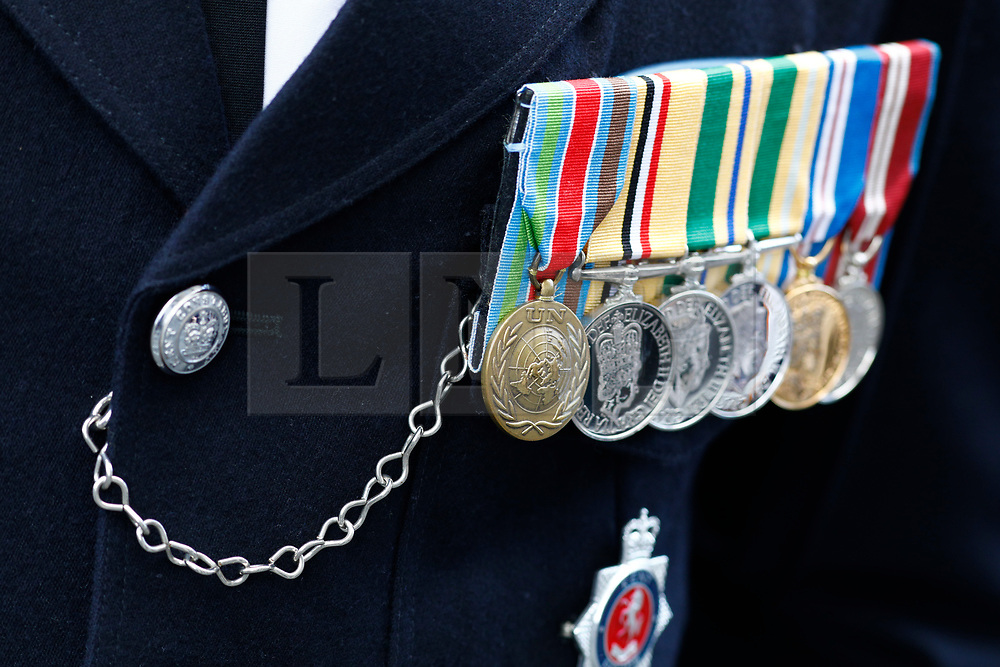